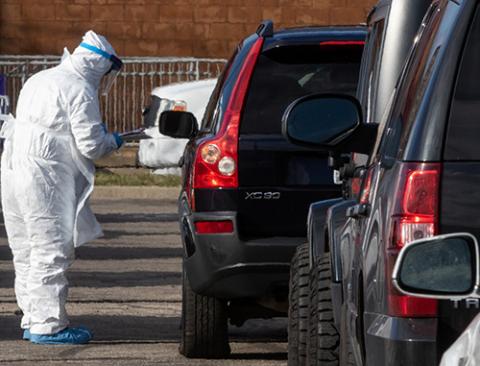 Similar to the CVS site, the Walmart, Walgreens and Rite Aid sites, at least for the time being, are not open to the general public. Instead, they are reserved for first responders and healthcare workers who have potentially been exposed to COVID-19. (Walgreens said that, over the coming days, vulnerable citizens, including those over age 65, will also be directed to its location.)

Walmart said that its sites are staffed by HHS and others, such as Walmart pharmacists, who raised their hands to support the testing in these locations, the retail giant said.

“Those volunteering will be equipped with proper protective equipment, and all patients will be required to remain in their cars at all times,” stated Del Sloneker, senior VP and COO, Walmart U.S. Health & Wellness.

Sloneker added that Walmart pharmacists and other health professionals stand ready to train others and administer the testing to help scale as quickly as possible in the areas that are hardest hit.

“We know testing is important, and we are in active conversations with state officials to see where we can add the most value,” he added.