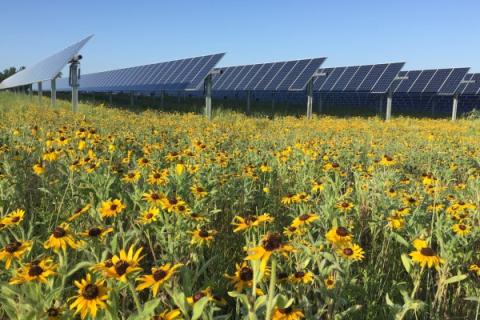 Walmart announced a comprehensive initiative to protect birds, bees, butterflies and other pollinators — all of which are essential to the nation’s food supply.

“It’sstimated that one out of every three bites of food we eat is possible because of animal pollinators,” said Martin Mundo, senior VP, general merchandise manager, produce and global produce sourcing, Walmart U.S., in a blog post. “Bees are the most popular pollinators, but there’s an entire segment of the animal kingdom that helps pollinate the food we eat, including some that grow in our own home gardens. Pollinators include butterflies and moths, birds, bats, beetles and many more, and without them some of our favorite foods wouldn’t exist.”

“Yet studies show,” Mundo continued, “these vital pollinator populations have been declining over the last 30 years due to loss of habitat, pests, pollution, pesticides and a changing climate, among other contributing factors.”

Walmart’s new commitments serve as the largest pollinator health effort from a U.S. grocery retailer to date. Under its new pollinator health policy, the retailer giant will source 100% of the fresh produce and floral it sells in its in-store produce department from suppliers that adopt

Integrated Pest Management (IPM) practices, as verified by a third-party certifier, by 2025.  It also is encouraging fresh produce suppliers to phase out use of chlorpyrifos and nitroguanidine neonicotinoids pesticides (where applicable unless mandated otherwise by law), avoid replacing them with other products with a level I bee precaution rating and assess and report annual progress.

In addition, Walmart has partnered with solar developers to establish pollinator habitats around solar panel arrays similar to the one at its distribution center in Laurens, South Carolina, and through the chain’s lead participation on community solar farms across Minnesota

“Imagine mornings without orange juice, summer picnics without strawberries, or holiday dinners without apple pie," Mundo said. "Such a future is possible if we don't take collective action to begin restoring pollinator habitats around the world."