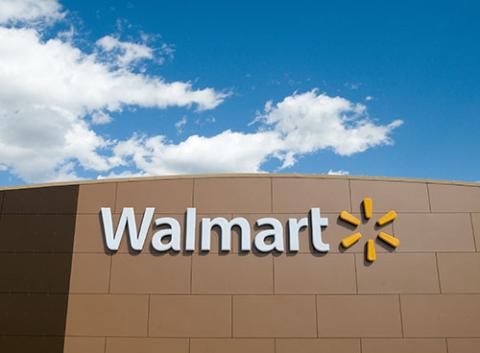 Walmart ranked No. 1 in customer loyalty in a new report.

Big-box stores dominate in the race for customer loyalty.

Walmart has the most loyal customers in the United States, with a loyalty score of 3.22 according to a report from InMarket that identified the top 10 retailers in the second quarter of 2021 based on their customer loyalty (average return visits per customer).  Walmart had a loyalty score of 3.22, followed by Fred Meyer (2.62), Meijer (2.58), Target (2.14) and Lowe’s (2.04.)

Here are some insights from InMarket on the top-scoring and low-scoring companies.

• Fred Meyer, a division of Kroger, leapt above other retailers to second place, likely due to its efforts to incentivize consumers to get vaccinated at its locations by offering a $1 million dollar prize to five winners as well as free groceries for a year.

• Lowe’s and The Home Depot rode the wave of home improvement spending and saw higher than average repeat visits as both chains each spent more than $1 billion to upgrade their tech, expand fulfillment networks, mature their supply chains, and further develop omnichannel offerings saw curbside pickup and delivery to attract more repeat consumers. In their respective first quarters, Lowe’s saw a 25.9% increase in consolidated comparable sales, and The Home Depot reported a 31.0% increase in comparable sales.

• Costco and Sam’s Club impressively increased memberships, which is an attractive reason to visit more frequently. Costco’s membership fee income increased 10.6% to $901 million, and with it, total sales grew 21.7% and same-store sales increased 13.8%.

• Outlet-centric retailers such as Jockey, Saks Fifth Avenue Off 5th, and Hanesbrands have fallen out of favor among shoppers. While their prices are enticing, these retailers are often found outside of bustling cities.