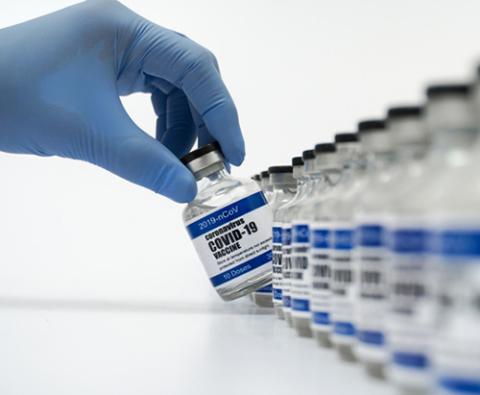 A court of appeals has reinstated the vaccine mandate for businesses with 100 or more employees.

A Supreme Court showdown is likely to occur over the reinstatement of the vaccine mandate for large businesses.

The 6th U.S. Circuit Court of Appeals in Cincinnati on Friday lifted a November injunction that had blocked the COVID-19 employer-based vaccination and testing Emergency Temporary Standard (ETS), which applies to businesses with 100 employees or more. Within hours of the ruling, at least three petitions were filed with the U.S. Supreme Court, asking it to immediately block the mandate. The NRF and other trade associations also appealed to the Supreme Court

Shortly after the appeals court ruling, OSHA urged employers to start working to be in compliance. But it also gave employers some leeway, pushing back full enforcement of the rule until February, recognizing that for all its best intentions the rollout of the rule has been muddled, reported the New York Times.

For companies struggling to meet OSHA’s standards because of testing shortages, the Labor Department said that it would “consider refraining from enforcement” if the employer has shown a good-faith effort to comply.

In a statement, National Retail Federation senior VP of government relations David French said that the NRF was disappointed with the decision and will consider additional legal options.

“We will also continue to prepare our members to comply with this onerous mandate,” he said. “NRF has long maintained that OSHA, in promulgating its Vaccine Mandate Emergency Temporary Standard, exceeded the authority granted to it by Congress in 1970 and crafted a rule that is infeasible for employers to implement during the critical holiday season.”

French added that the NRF is urging the Biden Administration to delay the ETS’s implementation timeline.

“We can work together to find viable ways to increase vaccination rates and mitigate the spread of the virus in 2022,” he said.

In its court filing last week, the Justice Department argued that in developing the requirements, OSHA acted within its emergency powers as established by Congress.

“The threat to human life and health also vastly outweighs petitioners’ guesswork about the number of workers who may quit rather than get vaccinated or tested,” the Justice Department wrote.