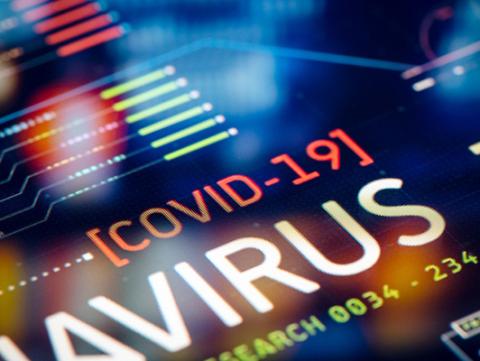 The nation’s major specialty retailers, many of them mall-based, are temporarily closing stores and or reducing hours in the wake of the coronavirus pandemic.

The decisions, in line with recommendations by the CDC and public health officials to help slow the spread of COVID-19, are likely to have a big impact on many retailers’ earnings going forward. Abercrombie & Fitch, for example, has withdrawn its first-quarter and full-year 2019 outlook, which it issued last week, citing escalating “uncertainty relating to the potential impacts of COVID-19 on our business operations, including its duration and its impact on overall demand for merchandise.”

The temporary closings reflect that despite the rise of e-commerce, brick-and-mortar sales are still crucial to the health of the retail industry.

“With stores accounting for 75% of sales for most retailers, we anticipate massive EPS declines for 1Q, especially as most retailers appear to be paying employees during the 2 week closures,” Jefferies analyst Randal Konick wrote in a research note.

In a Wells Fargo in a note published Monday, analysts wrote: "Given the already meaningful traffic declines, the mounting government response and several retailers recent store closure announcements, it seems highly reasonable to expect U.S. retail to struggle for the next one-to-two quarters across our space.”

To date, the list of retailers that have temporarily closed their U.S. stores ranges from Apple and Nike to Urban Outfitters, Lululemon and American Girl. And while online operations continue at most retailers, outdoor apparel brand Patagonia has not only closed all its stores but also temporarily stopped taking new online orders until at least March 16. (Another outdoor apparel mainstay, REI, has temporarily closed its stores nationwide but is offering free shipping on all its online orders while stores are closed.)

Digitally native retailers such as Warby Parker, All Birds and Everlane  have also temporarily shuttered their physical stores.

Here’s an update on the latest closing announcements:

• Gap Inc. temporarily reduced store hours for all its stores across the U.S. and Canada. The company also temporarily closed some 100 locations in areas where it assessed “greatest impact,” and will continue to do so based on guidance from government officials and health authorities, as well as other location-based factors, such as dependence on public transportation. It also has implemented enhanced continued pay policies to further support both its full and part time employees in light of this situation.

• PVH Corp., whose brands include Tommy Hilfiger, Calvin Klein and Izod, closed all its company-operated retail stores in North American and Europe, from March 17 through March 29. The company said store employees will receive full pay and benefits for their scheduled shifts. PVH also said its company offices will remain open, but with all but a "minimal number" of employees working remotely in North America and Europe.

• Levi Strauss closed its owned and operated stores in the U.S. and Canada starting   March 27. The company will continue to pay its employees during the closures.

• VF Corp., whose brands include The North Face and Timberland, ha shuttered all its company-owned stores from March 16 through April 5. Workers will continue to receive all pay and benefits during this time. Corporate and brand offices are also closed for the period, with staff working from home. VF Corp. has already taken the same measures in all of Europe, and has stores operating with reduced hours in the U.K. The company had taken similar steps in mainland China, where 90% of its stores have reopened with traffic slowly returning to normal levels.

• Abercrombie & Fitch Co. temporarily closed all stores across its brands effective March 15 in North America and March 16 in EMEA (Europe, Middle East and Africa) until March 28, 2020. Its locations in the APAC (Asia Pacific) region will remain open.