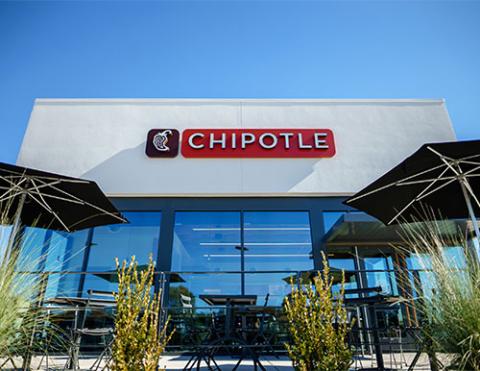 A Chipotle eatery in Michigan is the chain’s first location to unionize.

Workers at a Chipotle restaurant in Lansing, Mich., have voted to form a union with the International Brotherhood of Teamsters. It is the first of the chain's 3,000 locations to organize.

The workers filed for the election with the National Labor Relations Board (NLRB) on July 5. The restaurant did not object to the filing. (All of Chipotle’s U.S. restaurants are owned by the company.)

Chipotle has five business days to file objections to the election. If the company decides not to file any objections, the National Labor Relations Board regional director will certify the results, and the company is required to start bargaining in good faith with the union.

Chipotle workers in Lansing join the growing wave of workers across the country who are organizing, including at other major companies, most notably such Starbucks, Apple and https://www.chainstoreage.com/amazon-warehouse-workers-make-historic-union-vote  Amazon. In the last 10 months, more than 200 of Starbucks’ approximately 9,000 U.S. locations have voted to unionize.

“Chipotle pulled in revenue of $7.5 billion last year, and just as we’re seeing workers of all ages and backgrounds across the country take on these corporate giants, it’s so inspiring to see Chipotle workers stand up and demand more from a company that can clearly afford it,” stated Scott Quenneville, president of Local 243. “The Teamsters have these workers’ backs. They’re going to have a union they can be proud of, that knows how to get things done.”

“At Chipotle, our employees are our greatest asset, and we are committed to listening to their needs and continuing to improve upon their workplace experience,” said Laurie Schalow, chief corporate affairs officer at Chipotle, in a statement to The Washington Post.  “We’re disappointed that the employees at our Lansing, MI restaurant chose to have a third party speak on their behalf because we continue to believe that working directly together is best for our employees.”

Schalow noted that Chipotle offers its employees industry-leading benefits such as competitive wages, debt-free degrees, tuition reimbursement up to $5,250 per year, health benefits and quarterly bonuses.

"The Teamsters Union is home to 1.2 million workers, and all of us are fighting for our brothers and sisters at Chipotle to get the rights and workplace protections they deserve," said Teamsters general president Sean M. O'Brien. "Now is the time for working people in this country to take back what's theirs. No matter your industry, no matter your age or how intimidating your employer may seem, you too can protect your labor with a union. The revitalization of labor is really just beginning."

. Last month, Chipotle permanently closed its Augusta, Maine location after workers filed for union recognition, a common union-busting technique used in restaurant and retail chains. Despite Chipotle's efforts to intimidate workers into forgoing organizing efforts, workers in Lansing remained united in their effort to secure a voice on the job, and their victory signifies a pivotal moment for workers at fast casual restaurant chains across the country.

Chipotle has four locations in and around Lansing. Local 243, with union halls in Lansing and Plymouth Township, represents more than 4,000 workers across Michigan.