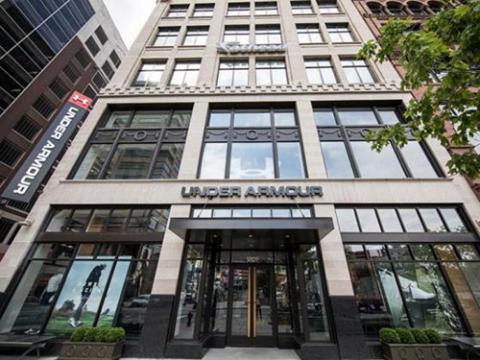 Under Armour swung to a loss in its fourth quarter and warned that it expects first-quarter sales declines of $50 million to $60 million, mostly due to the ongoing coronavirus outbreak in China.

Amid signs that its turnaround plan has hit challenges, the athletic apparel and gear company said it is considering undertaking a restructuring plan to improve profitability. Among other things, the plan could entail not opening Under Armour’s long-anticipated flagship on Fifth Avenue in Manhattan.

Under Armour estimated pretax charges of $325 million to $425 million related to the restructuring. About $225 million to $250 million of the charges are related to not opening the flagship as it seeks out options to sublet. The store was scheduled to open in the former location of FAO Schwarz.

“The Fifth Avenue location is obviously a premier retail location, but we’re considering whether it may be better suited for someone else at this time,” CFO Dave Bergman told analysts on the company’s quarterly earnings call.

Under Armour has struggled with sales in North American, its biggest market, under increased competition from the likes of Nike, Adidas and Lululemon. Industry experts say the brand has suffered by sticking to its emphasis on performance while consumers, especially younger ones, seek out workout apparel with a more fashionable emphasis.

In addition, Under Armour has been challenged by discounting of its goods by its retail wholesale partners, which has impacted its profitability.

“We believe prior promotional activity has impacted the consumers’ willingness to pay full price for our brand to a higher degree than we originally anticipated,” Patrik Frisk, who took the reins as Under Armour CEO from founder Kevin Plank in January, told analysts on the company’s quarterly call.

For the full year, Under Armour reported a 2% decline in sales in North America, and said it expects a mid- to-high-single-digit percentage decline in the region in 2020.

“As a brand, we see a paradox of two challenges in front of us: continued softer demand in North America as we work through our elevated inventory in multiple years of discounting, and a highly committed cost structure which is taking longer to unpack and is limiting us from being able to spend as aggressively as we would like to increase brand consideration,” said Frisk.