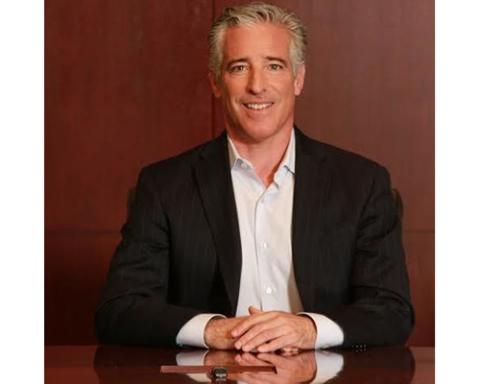 Ashley Stewart has named a fashion retail veteran as its new chief executive.

The plus-size fashion retailer has appointed Gary Sheinbaum as CEO. He succeeds James Rhee who left Ashley Stewart in July and is credited with successfully turning around the once-struggling brand by focusing on its core shopper, African American women.

Sheinbaum joins Ashley Stewart, which operates 83 stores nationwide and an e-commerce site, after more than 25 years at Tommy Hilfiger and parent company PVH Corp. Since 2014, he has served as CEO of Tommy Hilfiger Americas, leading the North American business and overseeing Tommy Hilfiger's Latin America operations.

Prior to joining PVH, Sheinbaum was the president of J. Crew Retail for five years. He began his career at Macy's New York in a variety of store line and buying positions.

At Tommy Hilfiger, Sheinbaum was responsible for guiding the brand through numerous stages of growth and transformation with product innovation, digital initiatives, expansion of leading wholesale partnerships, and enhanced customer experiences.

“As one of the apparel industry's most skilled, accomplished, experienced, and respected leaders, we know Gary will take Ashley Stewart to the next level and beyond as the preeminent brand that delivers uncompromising style, fashion, confidence and empowerment to the Ashley Stewart customer,” said Chris Larson, board director, Ashley Stewart.

During his time at Hilfiger, Sheinbaum expanded the products available on the North American e-commerce site, combining the best merchandise from the company’s global assortment. In addition, under his leadership, Tommy Hilfiger's licensing business saw strong results and growth year over year in key categories including women's apparel and outerwear, luggage, tailored men's apparel, kids' apparel, watches and jewelry, and footwear.

Sheinbaum also built Hilfiger’s outlet business and updated the Tommy Co. store experience through technology and store design. He fostered a wholesale partnership with Macy’s that reignited the brand in North America in the early 2000s. He also oversaw the development of Tommy Adaptive, described as the first global brand to create collections for people with disabilities.

"I was drawn to the opportunity to lead Ashley Stewart at this important time in the company's development,” Sheinbaum said. “Ashley Stewart has uniquely passionate and loyal customers and an authentic brand, making it well-positioned for significant expansion in the growing plus segment."