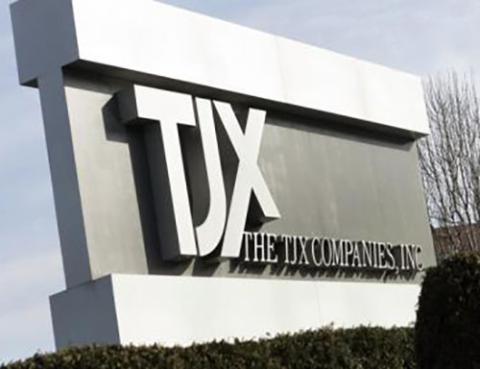 TJX Cos. operated a total of 4,793 stores in nine countries at the end of October.

The TJX Cos. reported mixed results for its third quarter as its profit topped analysts’ estimates but its revenue experienced a slight decline amid declining sales at its Home Goods banner.

In separate news, the off-pricer said it has promoted company veteran and executive VP, corporate controller John Klinger to executive VP, CFO effective January 29, the beginning of TJX’s fiscal year. He will continue to report to Scott Goldenberg who has served as CFO since 2012 and will continue as senior executive VP, finance, with responsibility for certain other corporate functions.

TJX reported net income of $1.063 billion, or $0.91 cents a share, for the quarter ended Oct. 29, up from $1.023 billion, or $0.84 a share, in the year-age period. Adjusted earnings per share were $0.86 cents, ahead of the $0.80 analysts were expecting. (The retailer completed the sale of its minority stake in Familia, which operates more than 400 off-price stores in Russia, during the quarter, resulting in a $54 million tax benefit that added $0.5  to adjusted earnings.)

Sales inched down to $12.2 billion from $12.5 billion a year ago, just missing estimates of $12.3 billion. The company said the strong dollar had a three percentage point negative impact on sales growth in the quarter.

“U.S. comparable store sales exceeded our expectations, and overall pretax margin, merchandise margin, and earnings per share were strong,” stated CEO Ernie Herrrman. “I am particularly pleased with the results at our Marmaxx division, which delivered a 3% comp sales increase, driven by a strong increase in its apparel business.”

“Looking forward, while not immune to macro factors, we are convinced that our flexible business model and value proposition will continue to be tremendous advantages, as they have been for more than four decades and through many kinds of retail and economic environments,” he added. “We remain focused on our long-term vision to become an increasingly profitable, $60-billion-plus revenue company.”

Total inventories stood at $8.3 billion at quarter-end, up from $6.6 billion in the year-earlier period.