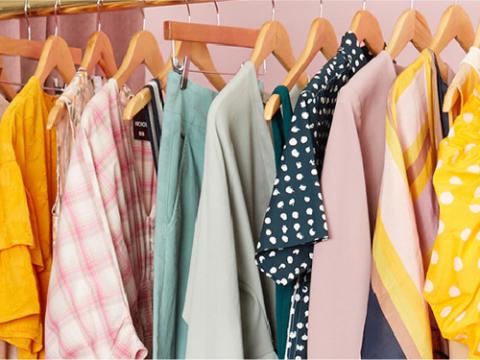 A leading online resale marketplace for apparel and accessories is accelerating its European growth plans.

ThredUp is launching the initial phase of its international expansion strategy by entering into a deal to acquire Remix Global, a major European fashion resale company, for approximately $28.5 million. The acquisition is intended to accelerate ThredUp's growth plans in Europe, where GlobalData estimated the secondhand market to be $21 billion in 2020 and projected it to grow to $39 billion by 2021.

ThredUp, which filed for an IPO in March 2021 , has been domestically expanding through omnichannel partnerships with retailers including Walmart, Vera Bradley, and Madewell.

Similar to the proprietary ThredUp operating platform, Remix has built custom “single-SKU” logistics that can process millions of unique garments efficiently. With this acquisition, ThredUp adds a complementary operational infrastructure and an experienced management team to springboard its expansion into Europe.

ThredUp plans to invest in Remix's product offerings, processing infrastructure, and go-to-market strategy to accelerate its marketplace growth. Remix will operate as an independent business unit under the ThredUp umbrella, led by CEO Lyubomir Klenov. Klenov will lead ThredUp's European expansion efforts as it continues to build out its presence across other key markets.

The Remix acquisition also allows ThredUp the potential to extend its resale-as-a-service (RaaS) online platform, which partners with retailers to get customers to “clean out” their closets to support the circular fashion economy which helps divert waste from landfills, beyond the U.S. Other RaaS offerings include Cash Out Marketplace partnerships, which enables sellers can turn earned thredUP supply credit into partnership credits for brands like Athleta and Reformation; partner listings with eBay and Walmart that seamlessly cross-list ThredUp's inventory of secondhand items on their online platforms, with payment of a a marketplace fee to those platforms; and hosted in-store and online Resale Shops with partners such as Madewell.

"Lyubomir and his team have built a strong, lean, customer-first business, and they know how to deliver resale operationally across multiple markets in Europe," said James Reinhart, co-founder and CEO, ThredUp. "We're bullish about the massive opportunity in the European resale market and are thrilled about the chance to build on Remix's technology and operational expertise to help accelerate its growth."

"We've long admired thredUp's leadership in the United States and their dedication to building a mission-driven company that makes it easy to buy and sell secondhand," said Lyubomir Klenov, CEO of Remix. "Together, I believe we can build upon Remix's core operational engine, technology, and logistics to bring that scalable experience to the European market, where resale has only scratched the surface."

The acquisition is expected to close during the fourth quarter of 2021 and is subject to customary closing conditions and other deal specific closing conditions. Upon closing, ThredUp will also grant the Remix management team $6.5 million in restricted stock units to vest over four years.

Total revenue for Remix in calendar year 2020 was $33.9 million, and ThredUp expects the acquisition to be accretive to its total revenue, dilutive to its gross margin, and modestly accretive to its adjusted EBITDA in the near term. Goodwin Procter LLP and Kinstellar are acting as legal advisors to ThredUp.