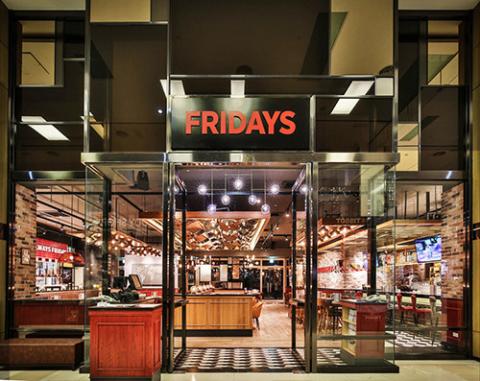 TGI Fridays has entered into a partnership to develop 75 locations in South and Southeast Asia.

TGI Fridays has entered into what it described as “the most significant development agreement” in its 50-years-plus history.

The company is partnering with “master” franchisor Universal Success Enterprises to develop 75 restaurants throughout South and Southeast Asia during the next 10 years.  The deal is expected to drive more than $500 million revenue for Fridays.

The agreement comes as Fridays’ global expansion continues to thrive. The casual restaurant brand currently has 385 franchised restaurants in over 52 countries – including 22 new locations opening in 2022. On the domestic front, https://chainstoreage.com/tgi-fridays-launching-new-format  the restaurant company plans to launch Fridays on the Fly, a small-format restaurant concept that is designed to meet rising consumer demand for delivery and takeout.

"We're thrilled to bring the TGI Fridays brand – and experience – to new markets and consumers in Asia through our expanded partnership with Universal Success Enterprises," said Ray Blanchette, CEO, TGI Fridays, which has nearly 700 locations worldwide.  "Universal Success Enterprises is a valued partner – their deep experience in the marketplace and proven track record of excellence with TGI Fridays coupled with our successful local market approach will ensure the brand – and our menu offerings – are relevant to consumers."

Fridays said it seeing unmatched growth worldwide, with same-store sales growing at an average of 23% globally.

"We're excited to expand the TGI Fridays brand and footprint in South and Southeast Asia," said Prasoon Mukherjee, chairman, Universal Success Enterprises. "Our deep experience in the hospitality industry, understanding of what consumers in our markets crave, and real estate development expertise uniquely positions Universal Success Enterprises to drive unprecedented growth for the brand. Personally, I began my restaurant career with TGI Fridays over 30 years as a kitchen manager – and am thrilled to be sharing the brand experience with consumers across the region."