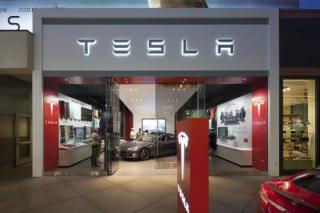 Tesla is undertaking  a major shift in its retail strategy, and will move away from operating showrooms in upscale malls, reported Electrek. The automaker will shutter most of its high-rent locations in malls and shopping districts as leases expire in favor of delivery centers, according to the report.

At the same time, Tesla is also looking to rent spaces in mall parking lots, warehouses and other locations to manage test drive fleets and delivery centers, according to the report.

Tesla currently operates more than 170 galleries and showrooms across the United States, including in such high-end centers as the Short Hills Malls, Short Hills, New Jersey. (A list of the locations can be found here.)