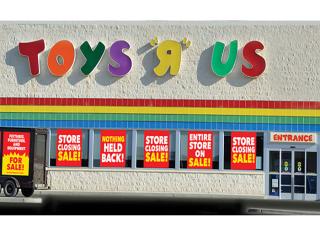 Shopping for toys has evolved in the roughly one year since Toys “R” Us exited the retail scene.

Walmart ranked as the top (43%) destination for shoppers who had previously bought toys from Toys “R” Us in the past 12 months according to a Profitero survey conducted in May 2019. Amazon ranked second (33%), followed by Target (17%).  For Toys “R” Us shoppers in the U.K., Amazon is now viewed as the top choice (40%) for toys.

Profitero expected a large number of shoppers to research products online and subsequently purchase in store, particularly for a category like toys, where kids and parents alike may want to try it before they buy it. But its findings showed otherwise.

“The ability to see, touch and play with a toy before buying is clearly less important versus the online benefits of convenience, price and assortment — and therefore less of a differentiator and protective moat for brick-and-mortar retailers,” the report stated. “It could be one of the reasons why Toys “R” Us lost influence, and a warning sign to other brick-and-mortar-only retailers.”

In other findings, search optimization is key,  with 70% of shoppers never clicking past page one. Also, interactive content helps drive toy sales, with video on product pages resulting in a 51% plus average sales lift. Almost half (48%) of shoppers seek video when shopping online for toys.