Study: How will consumers shop Prime Day this year?

Study: How will consumers shop Prime Day this year?

Amazon should be pleased with a number of trends developing for the 2019 edition of Prime Day.

According to "The Amazon Prime Day Effect: Consumer Anticipation and Excitement Grows in 2019,” a survey of about 2,600 consumers in the U.S., U.K., France, and Germany from Periscope By McKinsey, 66% of respondents are either excited or eager for Prime Day and 70% or more across all four countries expect to participate.

Most consumers intend to pre-plan and research the products categories they will shop, as results indicate just 21% of respondents expect to shop spontaneously during Prime Day (July 15-16). Shoppers in the U.S. (25%), Germany (23%) and the U.K. (22%) were the most likely to shop spontaneously on the day, compared to 15% of shoppers in France.

Thirty percent of respondents anticipate spending a bit more than they did last year, and another 15% have plans to spend much more.

French shoppers, meanwhile, are bucking the general trend. While consumer electronics was rated as No. 1 by 58% of French consumers, followed by clothing and accessories (51%), the third-most-popular shopping category for 48% of French shoppers is kitchen appliances (48%).

Consumer awareness of Amazon's online grocery delivery and pickup service also appears to be gaining traction. This year, around one-fifth of shoppers in France (22%), the U.S. (21%), Germany (17%), and the U.K. (17%) say they have plans to explore and shop Amazon Fresh deals. 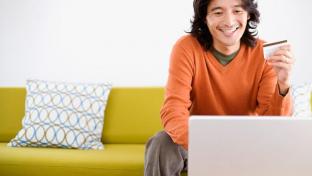