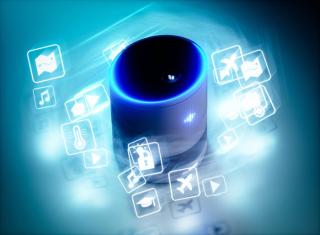 Voice technology poses both a challenge and an opportunity to retailers.

Respondents were split nearly down the middle on whether voice technology should (51%) or should not (49%) have human-like attributes, such as sympathy and humor, as it continues to evolve. Nearly half of respondents (47%) said they sometimes feel awkward talking to a machine.

Seventy percent were satisfied with voice technology’s ability to carry on conversations, but 50% said voice recognition is one of the greatest challenges of using the tech. On average, respondents said voice technology is accurate when given a command or asked a question only 69% of the time.

Thirty percent of respondents would be willing to use voice technology for grocery delivery, with task complexity being the top reason they would not use voice tech in this type of situation.

Smartphones are already the most popular device used for voice technology (85%), far ahead of smart speakers (39%). Most respondents (80%) agree that visual elements would enable them to use voice technology for a wider variety of tasks, with 83% saying a screen reiterating the command given to confirm understanding would be particularly helpful.

Another recent Adobe study found 91% of brands are already making significant investments in voice, with 71% of those brands seeing voice as improving the user experience.