It’s not a fantasy – the new Amazon Pegasus robot could transform how the e-tailer sorts inventory.

Described in a corporate blog post from Steve Campbell, director of Amazon robotics product strategy, as resembling “an orange nightstand on wheels,” the two-foot-high, three-foot-wide Pegasus is designed to create greater efficiency in its sortation process. The ultimate goal of the Pegasus deployment, which started at Amazon’s Denver sortation facility in October 2018, is enabling customers to receive their orders faster.

Each drive is topped with a conveyor belt. It rolls up to a station where an associate on the other side of a barrier fence scans a package and places it on the robot. The robot then navigates a "robot highway" inside the Denver center. On-board cameras sense any surprise obstacles as the unit follows its programmed journey to an eject station.

The conveyor moves the package off the unit and down a chute where it's then readied for delivery. The robot completes its entire journey in roughly two minutes. Pegasus represents Amazon's highest-ever drive density in its network, requiring the need for "robot traffic control."

A dedicated team at the center monitors real-time robot traffic flow maps on Kindle tablet devices. Team members can address any issues with facility managers in real time, and adjust the sortation center's inbound and outbound package volume as it fluctuates with customer demand.

In the first six months of the robots going live at the Denver sortation center in October 2018, they traveled more than 1.5 million miles. Amazon plans to continue rolling out the program in other U.S. sortation centers in 2019. According to the retailer, Pegasus deployment will spur more hiring of warehouse associates to keep up with increased fulfillment capacity.

Amazon is busily creating an infrastructure to support its April promise that it will shift standard Prime shipping from two days to one. In addition to the Pegasus robot, this ecosystem includes the upcoming release of a new drone designed to deliver small packages in under 30 minutes, a new Prime Air hub opening in Kentucky in 2021, and the pilot of a proprietary freight brokerage platform. Amazon pledged to spend $800 million incrementally on one-day shipping, so more announcements are likely coming. 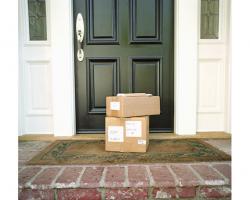 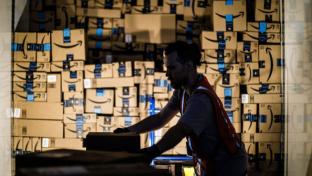 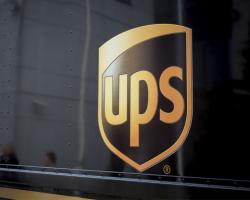