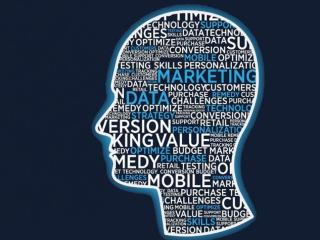 E-retailers need to remember the human touch and keep up with digital marketplaces.

In two morning keynote addresses at eTail Boston 2019, speakers advised attendees to both stay in touch with the human elements of branding and also build sales and marketing strategies around the rapidly emerging digital marketplace model.

People still matter
Brian Beitler, chief marketing officer of specialty apparel retailer J.Jill, kicked off the second day of the eTail Boston conference with a keynote presentation entitled, “What’s the Digital Marketing Formula?” According to Beitler, the key ingredient in the formula is human interaction.

“The art of conversation is replacing the art of storytelling,” Beitler stated. At J. Jill, direct interactions with customers in stores and on social media are replacing traditional customer focus groups to help inform branding efforts. Beitler advised e-retail marketing execs to check their company’s Facebook page at the very end or very beginning of the day, and immediately act on any insights that can be gleaned from comments and feedback.

Beitler provided an example from earlier in his retail career of how interacting with customers enabled a significant improvement in branding. While serving as senior VP of marketing at Kohl’s, Beitler visited a store and encountered an extremely happy customer. He discovered that even though at the time, Kohl’s receipts did not provide any type of breakdown on product costs or discounts, she had done the math to determine she had saved over $200 during that shopping trip. Kohl’s changed its receipts to itemize costs and discounts.

He also cited a decision he made while serving as chief marketing officer at Lane Bryant to demonstrate the importance of personalizing social media promotions. As a “social media” investment, Lane Bryant wrapped advertisements featuring images of plus-sized women around subway cars, generating a huge amount of free social publicity from positive reposts and comments.

“People are the best form of social media,” said Beitler.

The Law of the Marketplace
“Marketplaces are swallowing e-retail,” Trevor George, CEO of Blue Wheel Media and chairperson of eTail Boston, announced at the outset of his remarks. George, who is on track to generate $100 million in revenue as a third-party Amazon seller this year, has the direct experience to support his stark views on the marketplace-centric future of online retailing.

George also cautioned attendees that more entities are joining the marketplace environment. These include Instagram, which is piloting a feature that enables direct purchases from advertisements, and Google, which is rolling out a Shopping Actions feature that allows purchases directly from Google search results, He said both of these efforts are motivated by the desire to obtain a slice of transactional fees and increase conversion rates and value of advertisements.

As a result of more and more e-retail dollars going to digital marketplaces, George predicted that marketplaces will inevitably adopt a “pay to play” model where participating retailers must use paid sponsorships to stand out.

“You need to distribute,” said George. “Go where the customer is going. Deploy to any new marketplace that will be opening up in the near future – including Google, YouTube and Gmail. Control your brand, and advertise. Organic results will not be enough.”
Advertisement