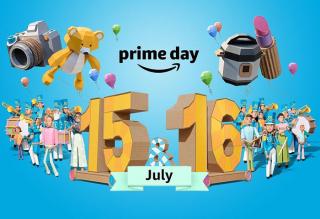 Amazon said that Prime Day was once again the largest shopping event in its history with more than one million deals exclusively for Prime members. Over the two days of Prime Day (July 15 and 16), sales surpassed the previous Black Friday and Cyber Monday combined.

The online giant, as its custom, did not release an actual sales figure for the event, only product highlights. It said Prime members purchased more than 175 million items throughout the event. Prime Day was also the biggest event ever for Amazon devices, when comparing two-day periods, with the top-selling deals worldwide were Echo Dot, Fire TV Stick with Alexa Voice Remote, and Fire TV Stick 4K with Alexa Voice Remote.

Amazon said it signed up more new Prime members on July 15 than any previous day, and almost as many signed up on July 16 – making these the two biggest days ever for member signups. In April, Amazon said that it had more than 100 million paying Prime members worldwide. It was the first time the company disclosed a membership total and it has not provided any update.

Here are some highlights as provided by Amazon:
• Members in 18 countries shopped – double the number since the first Prime Day five years ago.

• Customers purchased twice as many Ring and Blink devices this Prime Day as last year, when comparing two-day periods.

• Prime Day was the biggest event ever on Amazon for Alexa devices with screens, such as Echo Show and Echo Show 5.

• In the U.S., top-selling items were the LifeStraw Personal Water Filter, the Instant Pot DUO60 and 23andMe Health + Ancestry kits.