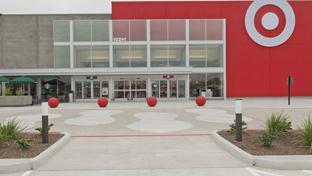 Target Corp. will add more products from Black-owned companies and spend more with Black-owned businesses such as construction companies as part of effort to advance racial equity.

As part of the commitment, Target will Increase the number of products from Black-owned businesses that it carries in stores and online to more than 500. It also will spend more with Black-owned companies such as construction companies, facilities maintenance providers, marketing agencies and others.

In addition, Target will establish new resources, including a program called Forward Founders, which will connect with Black entrepreneurs early in their startup journey and help them grow and scale their businesses in mass retail.  The retailer said the new program was built on the success of the Target Accelerators program and co-created with Black entrepreneurs from its advisory council.

“We have a rich history of working with diverse businesses, but there’s more we can do to spark change across the retail industry, support the Black community and ensure Black guests feel welcomed and represented when they shop at Target,” said Christina Hennington, executive VP and chief growth officer.

In September, Target announced that it would increase the number of Black employees during the next three years. The goal was announced along with the release of Target’s 2019 Workforce Diversity report, which provides a breakdown of the racial and gender composition of the retailer’s nearly 350,000-strong workforce.