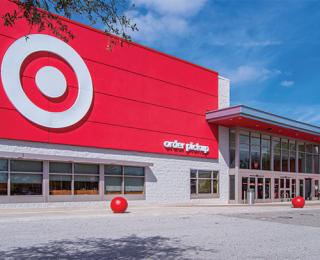 Target Corp. continues to expand its regional delivery, or sortation, center model that streamlines the process of fulfilling digital orders.

The discounter said it plans to open three new sortation centers in the next year — two in greater Chicago and one in the Denver metro area. Target pioneered the concept in late 2020, in its home city of Minneapolis. It has since opened a total of six locations nationwide, including sites in Houston, Dallas, the Philadelphia area and Lawrenceville, Georgia.

The sortation centers take orders that have been boxed in local stores and sort them quickly and efficiently for local deliveries.

“Rather than team members managing sorting packages in a store’s backroom, sortation centers take on the sorting process, saving our store teams time and space so they can fulfill more orders and reach guests faster at a lower delivery cost for us,” Target said.  “Plus, sortation centers allow our teams to easily scale to fulfill a growing number of orders, and consolidating orders and batching deliveries add ease for our carriers.”

Target’s Minneapolis sortation center now handles nearly two-thirds of the retailer’s digital orders in the area. It can now can deliver tens of thousands on its  busiest days with the help of more than 2,000 Shipt drivers, who deliver packages in their personal vehicles. Packages are picked up from Target’s stores in the Twin Cities area twice daily and sorted at the center for pickup by Shipt drivers and the chain’s other carrier partners, who then deliver them to customers.

The company said it is going on step further,  working with Shipt to pilot the use of large-capacity delivery vehicles in Minneapolis. The vehicles can hold up to eight times more packages per route, according to Target, adding more flexibility to deliver even faster and make room for growing order sizes.

“We’re not stopping at nine sortation centers,” Target stated.  “We’ll continue to invest in our network with additional facilities in new markets in the coming years as we remain focused on building a modern, flexible supply chain that supports our stores, all in service of our guests.

Target’s investment in its delivery network comes as the company’s digital sales have grown nearly $13 billion from 2019 to 2021. Stores fulfilling more than 95% of Target’s total sales in 2021.