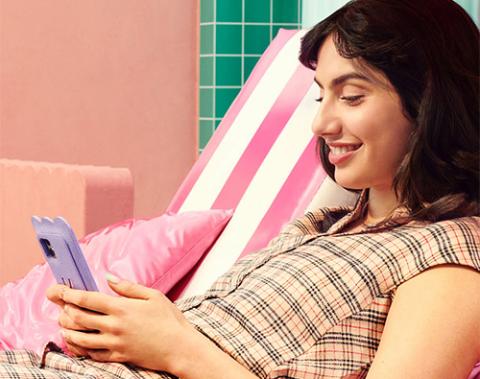 Mobile devices are increasingly popular as a shopping tool.

Mobile devices continue to grow in importance as an omnichannel shopping tool, especially among certain generations.

According to the new Mobile Shopping Report from global retail bank, payments, and shopping service Klarna, 68% of surveyed U.S. consumers say they are shopping more often now with their mobile phones than they were two years ago, with eight in 10 mobile shopping within the last 12 months. This is particularly true among Gen Z (79%) and millennial (77%) respondents.

When it comes to digital shopping, 46% of U.S. consumers prefer mobile, in contrast to the 41% who like to shop via desktop computer. The U.S. was the only global market surveyed by Klarna to prefer mobile phones.

Almost all (94%) U.S. consumers have shopping apps installed on their mobile phones. However, most (82%) use fewer than five apps each week, and 72% would prefer to have one single app that incorporates all of the features of the shopping apps they currently use.

Virtual cards, also known as electronic cards, are becoming a more popular payment method for online purchases. Half of all global users see them as a more convenient alternative to their physical equivalents when shopping online. The U.S. has the second-highest penetration of virtual cards across all 13 global markets surveyed by Klarna, with 37% of respondents already using them to purchase online. This preference is most prominent among millennials (81%).

Two other global trends stood out across all surveyed regions:

“Consumers are increasingly mobile-oriented when it comes to how they shop and engage with the brands they love. They are not just using their phones to shop online – they’re also using them in-store to research products, search for price comparisons, and more, ” said Raji Behal, head of U.S. partner success, Klarna.

Klarna’s Mobile Shopping Report was sent out online in collaboration with research agency Dynata to a representative sample of more than 13,000 participants from 13 countries, including the U.S., U.K.., Australia, Germany, Austria, the Netherlands, Belgium, France, Sweden, Norway, and Finland, conducted in collaboration with research agency Dynata.