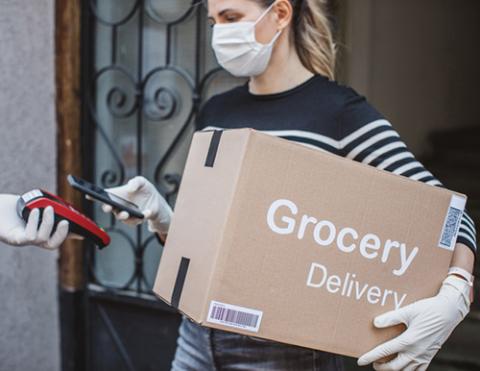 Six in 10 consumers who purchase groceries online agree on one driving factor.

According to a recent survey of almost 8,000 U.S. grocery shoppers from PowerReviews, 73% of respondents had purchased grocery items online within the most recent three months of being surveyed. This compares to a 17% response when PowerReviews asked the same question in a 2017 survey.

The most popular reason respondents gave for buying groceries online was time savings (59%). Other top reasons for online grocery shopping include personal safety (49%) avoiding impulse purchases (31%), ease of comparing products and prices (24%), ease of access to product information including reviews (22%), and difficulty getting to a grocery store (20%).

The survey also reveals that ordering directly from a local grocery store (as opposed to online-only ordering services such as Instacart or Amazon Fresh) is the most popular way to shop for groceries online. Two-thirds (65%) of respondents say they have ordered online groceries directly, compared to 22% who have used an online-only service, such as Amazon Fresh or Boxed.com. Other popular options are a third-party delivery service, such as Instacart (20%) and meal boxes such as Blue Apron or Hello Fresh (15%). Of respondents who shop via online grocery services, 34% use more than one.

•    82% of online grocery shoppers say they read reviews at least occasionally.
•    78% of online grocery shoppers are more likely to purchase a new grocery item if customer reviews exist for that product. The figure is 64% among in-store shoppers.
•    83% of all respondents are at least somewhat interested in accessing product ratings and reviews when they’re considering a new product while shopping in a brick-and-mortar grocery store.