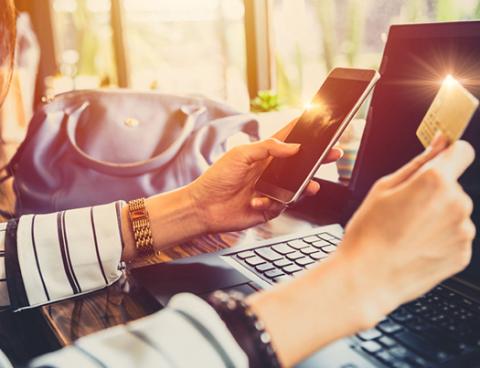 Online grocery retailers can make a difference in their conversion rates.

According to a new survey of U.S. and U.K. consumers from cloud-based CRM technology provider Lucidworks, only 28% of respondents are being offered alternative recommendations every time an item they want is unavailable. Roughly one in 10 (11%) respondents reported that they rarely see recommendations for substitutes and usually end up on a “no results” page.

However, nearly one-third of shoppers will stay on the same site or app to look for a substitute if they can’t find the specific item they’re looking for. Despite this flexibility, 90% of respondents said there is at least one item that they would never buy a substitute for based on ingredients, preparation and brand.

Almost six in 10 (58%) respondents said that out-of-stock instances have increased both online and in-store during the pandemic, with more than half of respondents saying that a low-in-stock notification would influence their purchase decision. Eighty percent of those shoppers would be more likely to make the purchase if they were alerted when items were low-in-stock. Two-thirds (66%) of respondents prefer to be notified via email when an item is back in stock, and 44% prefer to receive those notifications via text.

Other key findings in the survey include:

Convenience drives grocery shoppers online
According to a recent Chicory U.S. consumer survey, online grocery shoppers are also interested in a convenient customer experience. More than seven in 10 (72%) respondents reported ordering groceries online in the past 90 days. The top driver of these orders was convenience and/or time constraints, at 46%.

That survey also indicated that online grocery shoppers are willing to spend money. Over one-third of respondents reported spending over $100 on an online order, up almost 16% from 2021.

The Lucidworks survey was conducted in March 2022 and limited to 401 U.S. respondents and 402 U.K. respondents who shop online for groceries at least once a month.