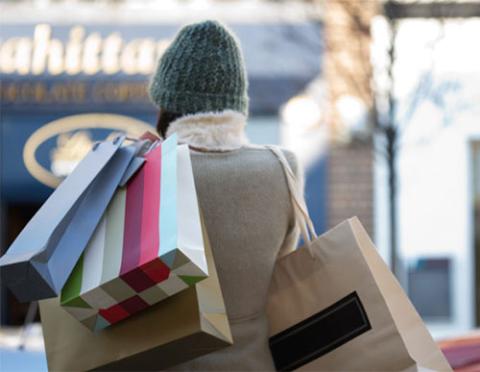 The study also found that fewer surveyed shoppers make impulse purchases online than in store. The rate of impulse purchasing among all participants was 79% in-store, as compared to just 58% online.

Other findings from the survey are below.

“Manufacturers and retailers want to know how to best seize the “plus one” opportunity with shoppers across many different types of impulsive occasions,” asked Leigh O’Donnell, head of Kantar Retail Shopper & Category Insights. “Traditional impulse opportunities are under threat due to e-commerce, evolving shopping behaviors and in-store evolution such as self-checkout and clean floor policies. Kantar wanted to study the shopping moment from the shopper’s viewpoint and explore innovative ways retailers around the globe are finding new moments of impulsive conversion. Because, while the retail landscape may be evolving, one fact remains steady - both shoppers and retailers want ‘plus one’ opportunities within the shopping occasion.”

Survey: Holiday shoppers return to store
According to Sensormatic Solutions’ third annual “U.S. Holiday Consumer Sentiment Survey,” more shoppers are planning to shop in-store this year than during the past two holiday seasons.

The vast majority of respondents indicated price and promotions will guide their shopping this season. More than three-quarters (78%) of respondents cited price as one of the top three reasons they might choose to shop in-store this year. Other top responses included:

Kantar’s Retail in Transformation: Impulse study intercepted 500 shoppers during their normal in-store shopping trips. The study used a geo-fenced survey methodology to assess behaviors in-store during the shopping journey. Participants were asked to record photos and details of their impulse moments occurred, recording details about the selected item, its triggering details, and the shopper’s sentiment. Additional details such as in-store location and promotional conditions were derived from shoppers’ photography and qualitative commentary.

The study also focused on the impulse behaviors and attitudes of 200 online shoppers, both within their shopping journey as well as during pickup and delivery experiences.