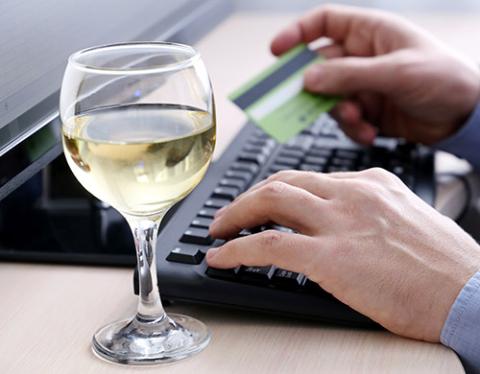 During the COVID-19 pandemic, seven in 10 consumers have made e-commerce purchases while under the influence of drugs or alcohol.

According to a new survey of over 1,000 U.S. adults from CouponChief, "Shopping Under the Influence," 70% of respondents admitted to making at least one online purchase since the start of the pandemic while drunk or stoned. Men (76%) were more likely to shop online intoxicated than women (46%).

Overall, respondents spent an average of $564 in online purchases while intoxicated in the past year. Men ($583) spent more than women ($526). Amazon (69%) was more commonly used for online shopping while intoxicated than Walmart, eBay, and Target combined (67%).

In a typical month, about half (49%) of respondents said they made purchases under the influence once, followed by those who participated in buzzed buying two to three times per month (36%), four to five times (12%), and six or more times each month (3%).

Overwhelmingly, the weekends were the most popular time for intoxicated online purchases. Saturday (56%) is the most popular day for buzzed online shopping, followed by Fridays (44%) and Sundays (39%). Of the remaining days of the week, Mondays (25%) were notably more popular than Tuesdays (17%), Wednesdays or Thursday (11% each). One in 10 respondents admitted to not remembering which day(s) of the week they engaged in drunk or high e-commerce activities.

Not surprisingly, evenings (57%) and late nights (52%) were the most popular times of day to make intoxicated online purchases. About one-quarter (24%) of respondents had engaged in tipsy shopping during the afternoon, and 18% had some “hair of the dog” and shopped online while intoxicated in the morning. One percent really didn’t know what time it was (but apparently asked online retailers if they could stay a while).

Birthday parties (42%), holidays (41%), wedding parties (27%), and sporting events (26%) were common reasons people listed for making an online purchase while under the influence. One in five (21%) needed no occasion at all.

Looking at intoxicated e-commerce habits by generation, the survey found that 74% of millennials had made at least online purchase while drunk or high during the pandemic, followed by Gen X (67%) and baby boomers (55%). However, Gen X spent slightly more online while intoxicated ($604) than millennials ($603), with baby boomers spending significantly less on average ($338).