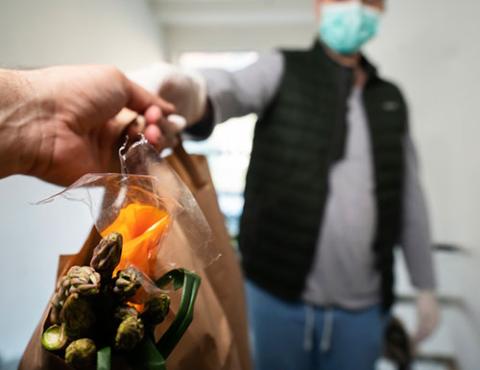 Almost three quarters (74%) of consumers surveyed during April said they were doing more shopping online as opposed to in-store in response to COVID-19, a 30% increase from 57% when the same research was carried out in March. However, almost seven in 10 (69%) respondents continued to shop in-store for groceries despite the COVID-19 in April, virtually unchanged from 68% the prior month.

Consumer spending has been declining at an increasing rate since March, according to survey results. Sixty-eight percent of consumers said they are spending less because of the pandemic in April, up 39% from 49% in March. Another 35% of consumers said they were spending significantly less, compared to 22% in March–a 59% increase.
Other notable findings from the April survey include:

•    Of those respondents that had groceries delivered, more than half (54%) said they experienced delays, with 28% stating their delivery was delayed by more than three days.

•    Almost nine in ten (87%) consumers encountered out-of-stock products during their most recent shopping experience in March.