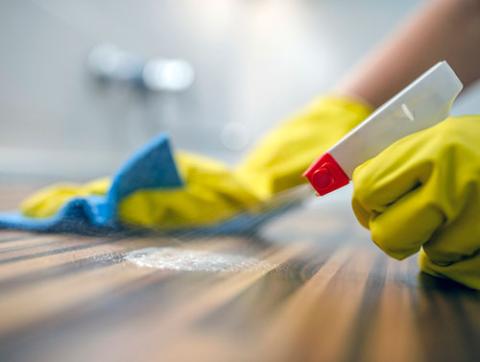 As retailers begin to reopen their doors, a new survey sheds light on what they need to do to make their stores inviting to customers.

Consumers ranked frequent cleaning and sanitizing as the top (66%) measure that would make them more likely or more comfortable with visiting physical spaces in a survey conducted by the International Council of Shopping Centers. It was followed by having more hand sanitizer stations and/or disinfecting cloths available for shoppers (62%); seeing staff wear gloves and/or masks (49%); requiring staff/employee training on hygienic protocols (48%); implementing measures that facilitate in-store social distance (48%); and putting in place new occupancy limits (44%).

Other measures that consumers said would make them more likely to visit reopened stores were new stricter government regulations and health standards, including inspections (41%); having customers screened before they can enter, such as a temperature check (31%) and greater reliance on technology that reduces human-to-human interaction or having to touch things (31%).

Other highlights of the ICSC survey are listed below.

• Forty-seven percent of respondents ranked public transportation/transportation hubs and stadiums/arenas/ live events venues as the places they had the most (47%) concerns about visiting following the COVID-19 outbreak, closely followed by movie theatres (46%) and restaurants/bars (44%). Shopping centers were next, at 43%, but the results showed a big difference when broken out between malls (38%) and open-air centers (16%). Physical stores/shops were further down on the list of concerns (24%).

• As to which venues consumers missed being to visit, restaurants, bars and other eateries came out on top, at 72%, followed by physical stores, at 53%, and shopping centers, at 48%.

• Seventy-nine percent of consumers agreed that they were more likely to purchase from retailers/brands that acted responsibly and did something to help their own employees who permanently/temporarily lost their jobs during the coronavirus/COVID-19 outbreak than those who did not.