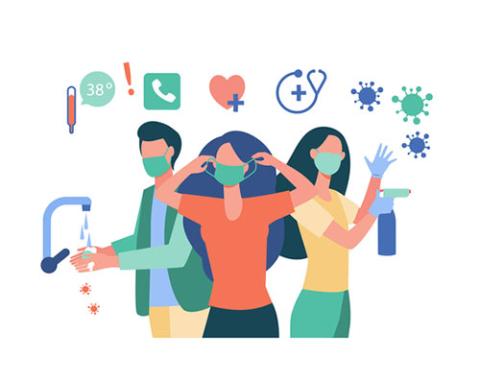 Consumers want businesses to step up their hygiene and safety measures.

That’s according to a survey by L.E.K. Consulting and Civis Analytics, which found that before returning to pre-COVID-19 shopping travel and shopping activities, U.S. consumers want to see businesses following stricter hygiene measures, such as employees wearing personal protective equipment, improved cleaning practices and reductions in the number of people allowed in a space.

“Based on how Americans are feeling, the onus is really on businesses to make people comfortable to return to their establishments in the post-COVID-19 reality,” said Manny Picciola, managing director at L.E.K. Consulting.

• Improved cleaning practices: Fifty-seven percent said this is very important before they return to normal activity at non-grocery stores, 60% said the same for shopping malls, and 56% for grocery/pharmacy.

• Reduction in the number of people in a space: Fifty-three percent said this is very important before they return to normal activity at non-grocery stores, 57% said the same for shopping malls, 54% for dining and 52% for grocery/pharmacy.

• Employees wearing PPE: Fifty-eight percent of Americans  said this is very important before they return to normal activity at shopping malls, 56% said the same for dining out, 54% for grocery/pharmacy, and 52% for non-grocery stores.

• Social/physical distancing enforced: Fifty-nine percent said this was very important for shopping malls, 55% said the same for non-grocery and grocery/pharmacy stores and 51% for dining out.

Other findings from the survey include:
•    Overall, consumer sentiment is improving, with 50% of consumers having a similar or moderately improved view of the U.S. economy as compared to mid-March.

•    In areas where restrictions are lifting, consumers are slow to return to discretionary spending: only 15%-20% have visited clothing and apparel stores over the past three to four weeks and just 5-10% have visited a beauty store.

•    Consumers said a significant majority of their store visits remain motivated by the need to pick up a specific item rather than to browse as an activity.

The survey of 2,667 American consumers, fielded on May 28, 2020, is representative of the general U.S. population and designed to shed light on how consumers’ habits, spending and sentiments are being affected by COVID-19.