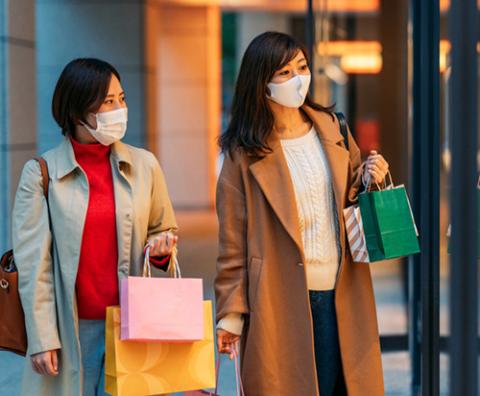 Another study is forecasting a record holiday for retailers — and cautions them to pay attention to consumers’ changing habits around media consumption.

Thirty-six percent of holiday shoppers plan on spending more this year, a significant increase from the past three years (and the highest number reported since 2018), according to Roku’s 2021 Annual Holiday Consumer Shopping study in partnership with The Harris Poll. The report also found that consumers expect to spend a record $937 on holiday purchases – a 5% increase year-over-year. Millennials holiday consumers report planning to spend more than $1,000 on gifts this holiday.

The Roku report comes on the heels of two other optimistic holiday surveys, including one by Deloittethat found holiday retail sales are likely to increase between 7% and 9% in 2021.

This year is also expected to see a return to holiday in-store shopping. Nearly half of shoppers (43%) plan to shop in-store on Black Friday and Cyber Monday this year, up 11% from 2020. However, online shopping remains dominant, with 57% of shoppers planning to do most of their shopping online.

Other highlights from the survey of more than 2,000 U.S. adults who plan to shop for the holidays are below:

• Thirty-two percent of consumers plan to purchase big-ticket items over $500 this season – the most since the study’s inception. Two in three holiday shoppers (63%) said they plan to purchase consumer electronics this year.

• TV streaming is now mainstream with 86% of US households now streaming. The average holiday shopper reported they now spend 78 minutes more per week streaming TV this year over last.

• Overall, 32% of holiday shoppers stated they do not have traditional pay TV. Nearly half of Gen Z holiday shoppers are cordless, and 83% of baby boomer cord cutters said that it was unlikely they would reactivate or purchase a new pay TV subscription. Nearly one-third of millennial shoppers (31%) are cordless and unreachable via pay TV ad campaigns.

• Nearly half of consumers (49%) said they have seen an ad on their TV streaming device that caused them to pause what they were watching and shop for the product online, a significant increase from 2020. Forty-six percent of holiday consumers say they rely on traditional or TV streaming ads for inspiration when shopping for gifts.

“Individual spending could hit record levels this holiday season as consumers report significant growth in their holiday spending plans,” said Dan Robbins, VP of ad marketing and partner solutions at Roku. “As consumers prepare to spend more, they are also changing how they approach gift-giving and how media consumption influences their purchasing decisions. With one out of three holiday shoppers unreachable on traditional pay TV, marketers need to buy TV advertising where consumers now watch TV to win them over this holiday.”

Added Connie Xu, director of brand strategy at The Harris Poll, noted that the “consumer march away from traditional television to streaming TV is now a full stampede.”

“Holiday shoppers on average spend more time streaming TV than watching traditional TV,” she said. “This shift will break decades-old advertising models as brands adapt to the new consumer streaming landscape by reaching shoppers where they now spend most of their TV viewing time.”

The 2021 Holiday Streaming Survey was conducted by The Harris Poll on behalf of Roku, Inc. Two thousand and seven Americans ages 18 and over who plan to purchase gifts this holiday season were surveyed between August 16, 2021, and August 20, 2021, about their personal content consumption habits and their holiday shopping intentions.