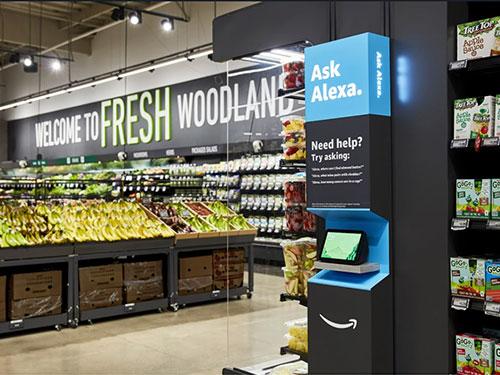 Dunnhumby’s annual list is determined through an online survey of approximately 10,000 U.S. households that are asked to rate grocers on top preference indicators. The report ranks grocers based on how customers say the businesses work to meet their needs, including price, quality, digital options, operations, convenience, speed, discounts, and rewards.

The study found that grocery retail is now truly omnichannel, as digital’s share of total grocery sales more than doubled during the pandemic, from 5% to 10% of sales. At the same time, half of the U.S. grocery shopping population does not buy online and has no plans to. Nearly all online shoppers still buy in brick and mortar, where roughly 90% of all customer dollars are currently spent.

Other findings from the study are below.

• Price and quality are no longer head and shoulders above all other customer preference drivers in securing superior, long-term sales growth and emotional connection with shoppers. Price now sits alone at the top in importance with digital and quality tied for second. For the fifth consecutive year, Aldi’s laser focus on price secured the discount retailer with the highest ranking on price.

• Digital is king in driving momentum as Amazon has demonstrated over the last two years by being ranked as the top U.S. grocery retailer. Amazon is the top digital grocer followed by Amazon Fresh, Target, Walmart and Sam’s Club. Amazon, Target, and Walmart achieve clear gaps between each other and everyone else in digital capabilities. The gap in digital pillar score between Walmart (ranked 4th) and Kroger (ranked 13th) is as big as the gap between Kroger and the 59th ranked retailer, according to Dunnhumby.

• Second-quartile grocers have opportunities to also rise rapidly in the rankings by reinventing their relationships with their customers. Brookshires, Hy-Vee, Food Lion, the Giant Company and former second-quartile retailer BJs Wholesale made the biggest move up the rankings in 2021.

BJs Wholesale, the Giant Company and Food Lion focus on personalization of the customer experience, through promotions, rewards and the right assortment helped them rise rapidly in the rankings. All three also delivered well-run operations that minimize out-of-stocks and maximize price consistency and logic. And most importantly, these three retailers delivered all of the above attributes without letting base price perception get to far behind Walmart, Costco and Aldi.

Additionally, Brookshires and Hy-Vee also made big moves in the rankings due to their leadership in the omnichannel experience that saves customers’ time. They are among market leaders in both ease and customer service in eCommerce and speediness of the in-store shopping experience.

“The pandemic has massively accelerated changes in how customers buy their groceries, and their behaviors are continuing to evolve,” said Grant Steadman, president of North America for dunnhumby. “2021 was the year that grocery retail became truly omnichannel. Retailers who delivered on their customers evolving needs in-store and online performed best. This was mostly the larger players, who used their advantages to consolidate their positions. The challenges for most other retailers are significant, but a number of mid-size grocers gained momentum by understanding their customers better and differentiating their offering accordingly.”

The full RPI report can be downloaded here.