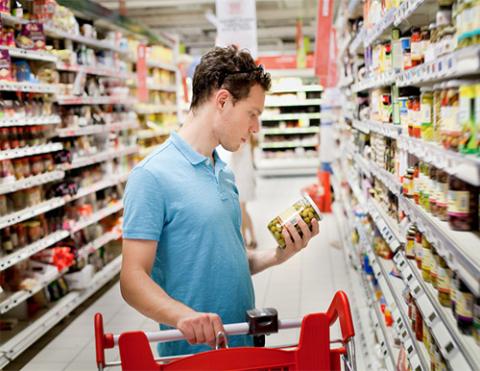 Aldi ranked as one of the top grocers in for inflationary times in a study by Dunnhumby.

A nationwide study of the $1 trillion U.S. grocery market reveals which grocers are winning customers as the economy falters.

Grocery Outlet and Save A Lot rounded out the top five due to their superior ability to save customers money at a time when this matters more than ever, the report said. (See list of the 17 top-ranking grocers at end of article.)

Market Basket topped all 69 retailers in the Inflation RPI rankings, even ahead of household discounter such as Aldi, Dollar General and Walmart, by ranking first in the U.S. in the “save me money” pillar.Market Basket is the only retailer in the U.S. who is in the top-five in both base price perception and mass promotions perceptions. Aldi, meanwhile, is just in the top-five in base price perception.

“Market Basket has shown itself to be the best performing retailer in these times of economic uncertainty by being the best in the country at saving customers money while simultaneously building stronger emotional connections with their shoppers and thereby increasing their shopper visits faster than most other retailers,” said Grant Steadman, president of North America for dunnhumby. “Retailers who are focusing their customer value proposition on saving customers money are best positioned to meet the challenges of this prolonged period of inflation and economic uncertainty.”

Amazon is better positioned than any retailer for long-term success in grocery, their value proposition for inflationary times is no better than the average grocer, according to Dunnhumby. As a result, Amazon dropped out of the first quartile as their web traffic declined 6.5% so far this year.

Key findings from the “Dunnhumby RPI: Special Inflation Edition” include the following:

• Inflationary times are a big headwind for premium specialty retailers (such as Sprouts, Wegmans and The Fresh Market) and for regional grocers with a quality-first position (i.e., Publix and Harris Teeter). These retailersare not well positioned for inflationary times since they currently are too far behind most of the market in save me money perceptions. They are also behind the market in year-over-year visit growth during 2022.

Here are the grocers who ranked in the first quartile of the Dunnhumby RPI.

Methodology
The overall RPI rankings are the result of a consumer survey-informed statistical model that predicts how retailers execute on the customer needs that matter most for driving performance and emotional bonds with shoppers. As part of this study, two online surveys, one in October 2021, just as inflation was beginning to heat up, and a second survey in May-June of 2022, were conducted surveying 18,000 grocery shoppers. dunnhumby then modeled how differences in shoppers’ perceptions impacted foot traffic and web traffic growth during 2022, as well as emotional connections with shoppers.

Foot traffic data was sourced from Placer.ai, and web traffic was sourced from global digital analytics provider, Similarweb. Sixty-nine of the largest U.S. grocery retailers in conventional, mass, club, specialty, discounter, drug, and dollar channels were included in the RPI.