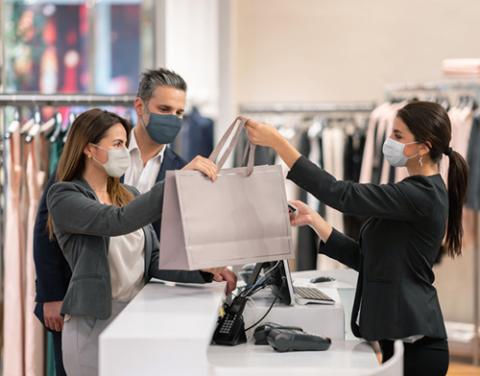 Hourly workers want their companies to offer greater schedule flexibility and autonomy in the workplace.

The “Great Resignation” is showing signs of slowing, but the majority of hourly workers are deeply dissatisfied with their jobs.

That’s according to a study by AI-powered workforce management company Legion Technologies, which found an Employee Net Promoter Score (eNPS) — a measure that determines loyalty and satisfaction on a -100 to 100 scale — of -7 among hourly employees. The report surveyed 1,016 U.S. hourly workers and 505 managers.

According to the findings, 57.6% of hourly employees have no plans to leave their position in the next 12 months. But 75% of those planning to look for a job immediately or within the next 12 months are younger employees (aged 18-24) who make up one of the fastest-growing segments of today’s 73.3 million and managers across the country.

The survey found that hourly workers want their companies to offer greater schedule flexibility and autonomy in the workplace, with 85% of hourly workers surveyed saying it's important to have schedule control. The desire is most prominent among younger generations. Hourly workers aged 18-24 are five times more likely to have a primary job and a side gig job than older age groups because they don’t have enough money to cover food and the cost of rent.

INCENTIVES
Other than pay, the incentives most likely to persuade hourly employees to leave and take a new job are greater recognition and rewards (58.3%) followed by the flexibility to pick up extra shifts and swap shifts (56.3%). Managers, specifically, agree with the latter: Besides pay, 63% of managers find control and input into work schedules as the greatest incentive for prospective employees they interview, followed by greater transparency into shift assignments and hours given (52.4%).

“To attract and retain hourly employees, employers must invest in workforce incentives and technologies that offer schedule flexibility and control, as well as improve communication and strengthen financial health by providing instant access to earned wages,” said Sanish Mondkar, CEO and founder of Legion Technologies

More key findings Legion’s 2022 State of the Hourly Workforce Report are below.

The survey also underscored the need for companies to recognize the daily challenges their managers undergo when it comes to creating schedules and communicating with employees.

Key manager survey findings are below.

• Managers overwhelmingly agree (84%) that efficiency and productivity would improve if they were able to communicate with employees through the same app that they use to view their schedules.

“If companies expect to improve employee attrition in today’s increasingly uncertain economic climate, they need to stop overlooking the hourly manager and employee experience to ensure recent gains are not lost,” said Sanish Mondkar, CEO and founder of Legion Technologies. “By having the right technology and tools to automate tasks and improve employee communications, managers can spend more time upskilling and coaching employees to improve both customer and employee experiences.”

To view the 2022 State of the Hourly Workforce Report, click here.