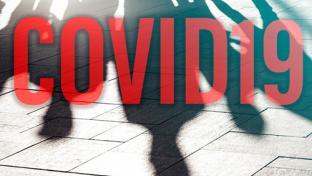 A majority of consumers are still visiting physical stores when buying groceries — even in the wake of a pandemic.

This was according to a new survey from shopping rewards app Shopkick, which revealed that 72% of consumers are visiting supermarkets and 69% are making big box stores their top  shopping destinations. (Shopkick surveyed more than 26,000 consumers across the country between March 31 and April 6.)

While a majority of these customers (72%) are making fewer shopping trips than they did pre-pandemic, nearly 80% said this isn’t due to an increase in their online shopping habits. (In fact, only one in four consumers is making more online purchases, according to an earlier Shopkick survey). Rather, it could be attributed to adhering to social distancing directives, the study reported.

Shoppers are also staying mindful to stretch their shopping dollars during the pandemic.With 86% of people spending most of their budget on food and beverages, consumers hope to save money at the cash register by using shopping rewards apps (42%), couponing apps (42%), and buying in bulk (32%), the study revealed.

“Beyond the health and safety of our community, we’ve also got to think about costs as millions of Americans face layoffs,” said David Fisch, general manager of Shopkick. “Retailers who can offer additional deals and coupons or tips on budget-friendly meals will be the ones shoppers want to visit.”

Consumers are also doing their best to complete their shopping despite out-of-stock inventory. While 10% of shoppers will travel to another store to try to find their favorite brand of merchandise, a majority of consumers (69%) are purchasing different brands if their preferred one is not available. A mere 14% of shoppers will forgo making a purchase if their desired merchandise is unavailable.