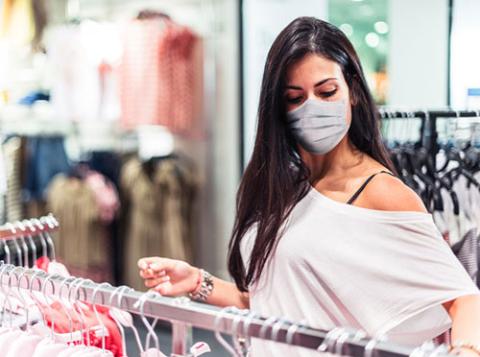 COVID-19 continues to have a major impact on consumer spending, but bright spots include physical stores and food delivery.

According to the July 2020 Cardlytics “U.S. State of Spend” report, with the start of July, in-store retail sales are now showing positive year-over-year growth. Spend at brick & mortar retailers is up 1.2% compared to the same period in 2019, following in-store sales being down 12.8% year-over-year in Q2.

Despite the fact that overall spend is recovering, Cardlytics data indicates customers have become more cautious about spending on non-essentials in recent weeks. For the first time since late March, discretionary spend as tracked by Cardlytics decreased slightly and is now down 26.4% year-over-year and 9.4% week-over-week.

According to Cardlytics, this suggests that economic recovery cannot be measured by total spend alone, with discretionary spend a more telling gauge of when customers are returning to their pre-COVID spending patterns. In addition, after weeks of continuous growth, study results indicate U.S. spend has started to fluctuate. On a week-over-week basis, spend has decreased for the first time since May during the first week of July due to the July 4 holiday. Cardlytics saw a similar week-over-week decrease in 2019.

Examining state-level trends, Cardlytics found that only 13 states are performing worse than the national average of a 26.4% sales decline, though these include larger economies such as New York and California. However, 20 states have seen negative shifts in their week-over-week spend, compared to four in the June State of Spend report.

Cardlytics also examined trends in grocery spend, finding that since the start of the pandemic, consumers have ventured out less and consolidated their spend, shopping 5.1% fewer brands compared to 2019. However, consumers are making fewer, but larger, purchases at physical grocery stores. While the average number of in-store grocery purchases is down, shopping cart value has increased by 29.7% during the same time period.