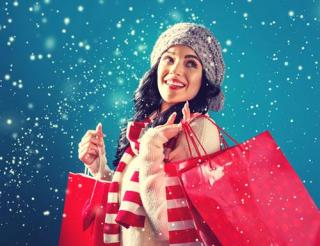 Seventy-seven percent of American adults said they expect to buy at least one secondhand item this holiday season, according to Mercari.

Resale is booming, with no signs of slowing down anytime soon.

The U.S. secondhand market is expected to generate $160.1 billion in revenue this year, up 14.6% from the $139.6 billion spent last year, according to Mercari's first-ever “Reuse Report.”  The report details the growth of the resale economy and forecasts that by 2030, American consumers will spend $353.9 billion on secondhand items. This represents 153.5% growth over 2020 — and 3.2 times that of the 36.7% growth anticipated for the retail sector.

During the past 12 months, 74.9% of American adults polled bought at least one secondhand item, the study found. This equates to 196.6 million people participating in the reuse economy.

"While resale is sometimes thought of as a niche market, its size indicates it is a mainstream part of the consumer economy,” said John Lagerling, U.S. CEO, Mercari. "Three-quarters of adults participating in the reuse ecosystem shows that buying secondhand is now almost as commonplace as going to the grocery store."

Saving money is the primary reason for shopping resale, mentioned by 74.6% of secondhand shoppers in their survey. A variety of other reasons—including finding new things, the fun of 'treasure hunting,' sustainability, and a sense of community—are also driving interest in secondhand.

Other highlights from the Reuse Report are below.

• Nearly 52% of sellers resell items as a side hustle to make some cash, and 12.3% say selling used items is now their primary income stream.

•American households are currently sitting on an estimated $580 billion of products they're no longer using (the equivalent of $4,517 per household). In volume terms this equates to 23.6 billion items (184 items per household).

“Last year, some 1.6 billion functional, saleable items were thrown into the trash, which is neither sustainable nor financially savvy," said Neil Saunders, managing director of GlobalData. "However, the rise of online marketplaces and resale platforms is allowing consumers to both make money and do right by the environment as they sell unwanted products to those who will make use of them. More people are now engaging in the reuse ecosystem and are finding the experience enjoyable."

The Mercuri Reuse Report  was produced in association with GlobalData in October 2021. Market sizing data is produced by GlobalData. GlobalData's assessment of the secondhand market is determined through consumer surveys, retailer tracking, official public data, data sharing, store observation and secondary sources. These inputs are used by analysts to model and calculate market sizes, channel sizes, and market shares. Consumer statistics are based on a June 2021 survey and a September 2021 survey of 2,004 and 2,009 Americans, respectively, ages 18-75 conducted by third-party online market research company Zogby Analytics for Mercari.