Indochino, the digitally-native made-to-measure menswear brand, continues to expand in the physical space.

The company, among the receipients of Chain Store Age’s 2018 Breakout Retailers Awards, will open four locations this spring, with three in Texas (The Galleria, Houston; The Domain, Austin; and Dallas), and one at SouthPark Mall, Charlotte, North Carolina, giving it a total of 24 sites across North America. The locations are four in a string of new showrooms slated for 2018, as the company continues to accelerate expansion.

The Charlotte store will open on February 23. Houston will launch on March 2, Austin on April 20, and Dallas on April 27. All four are located in business hubs close to Indochino’s target audience of young professional populations.

Indochino launched online before opening its first brick-and-mortar location in 2015. The company is looking to open in major cities across the U.S. this year, such as Atlanta, Denver and San Diego.

Indochino’s showrooms offer an immersive experience. Customers are designated their own personal stylist who assists them in designing their suit or shirt and helps them choose from millions of possible combinations of top-of-the-line fabrics and personalization options. Garments are then made to the customers’ precise measurements and shipped directly to their door within three weeks.

“Indochino was borne out of the belief that custom clothing should be available to everyone,” said Drew Green, CEO of Indochino. “Charlotte, Houston, Austin and Dallas are already home to thousands of customers who shop with us online and are strong ambassadors of the Indochino brand. We look forward to bringing the in-person showroom experience to them and many thousands of new customers in these great cities.” 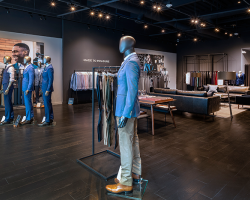 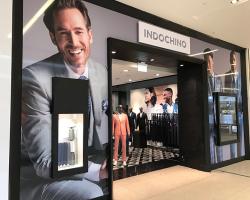 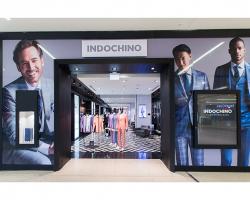 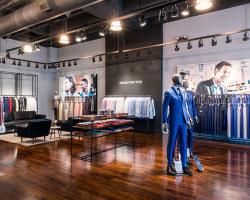