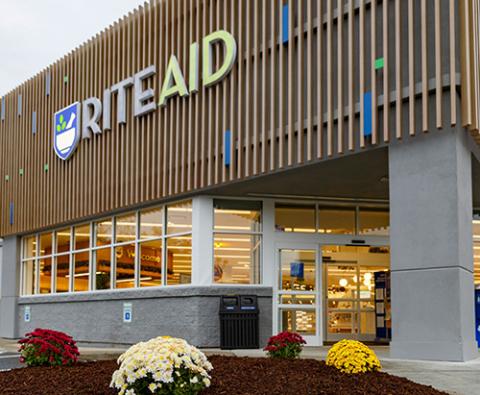 Rite Aid had mixed results in the first quarter of fiscal 2023.

Revenues for the quarter were $6.01 billion, down 2% from revenues of $6.16 billion in the prior year’s quarter. In one bright spot, same-store sales for the first quarter increased 4.6% over the prior-year period, consisting of a 6.6% increase in pharmacy sales, partially offset by a 0.5% decrease in front-end sales. Front-end same-store sales, excluding cigarettes and tobacco products, were flat. The number of prescriptions filled in same stores, adjusted to 30-day equivalents, increased 0.9% over the prior-year period.

The company has increased its outlook for fiscal 2023 revenues, due to increased utilization of higher-cost drugs at its Elixir pharmacy benefit management provider and is maintaining its guidance for adjusted EBITDA. Total revenues are expected to be between $23.6 billion and $24 billion in fiscal 2023.

Net loss is expected to be between $246.3 million and $203.3 million. Rite Aid says it estimates for net loss have increased due to increased impairment charges for closed stores and an increase in interest expense due to recent and anticipated interest rate increases throughout the year.

Adjusted net loss per share is expected to be between $(1.19) and $(0.66). Capital expenditures are expected to be approximately $250 million, with a focus on investments in digital capabilities, technology, prescription file purchases, distribution center automation and store remodels. Rite Aid expects to generate positive free cash flow in Fiscal 2023.

“We continue to make strides on our journey to transform Rite Aid and define the modern pharmacy. In the first quarter, we increased our non-COVID-19 prescriptions, reduced SG&A, built momentum at Elixir and delivered solid results across the business. The entire Rite Aid team looks forward to advancing our pharmacists’ role in improving health outcomes,” said Heyward Donigan, president and CEO, Rite Aid.

Headquartered in Philadelphia, Rite Aid operated 2,361 stores across 17 states at the end of the first quarter of fiscal 2023.