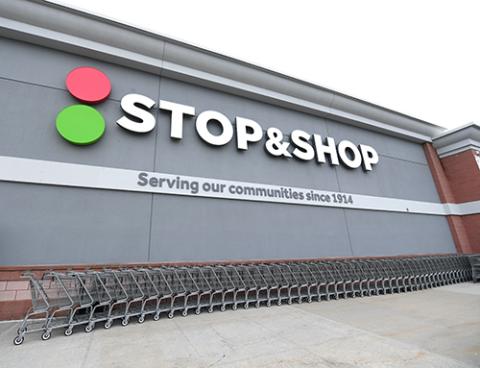 Stop & Shop is offering reduced prices on food while reducing food waste at a growing number of stores.

The supermarket company is expanding its partnership with Flashfood to Stop & Shop stores in two additional New York City boroughs — Queens and Brooklyn.  Flashfood reduces food waste at the retail level via an app that connects consumers with discounted food nearing its best-by-date.

With Flashfood, shoppers save up to 50% off items nearing their best-by date, including meats, dairy, seafood, fresh fruits and vegetables, snacks, and more. Shoppers browse and buy available products from their mobile device. Purchases are made directly through the app and customers can   pick up their order from the Flashfood Zone located inside their participating store.

Stop & Shop's partnership with Flashfood kicked off in 2021 at four store locations in Worcester, Mass. Within eight months, the pilot program reduced nearly 35,000 pounds in food waste (one of the top contributors to climate change).

Based on the success of the pilot, Flashfood was integrated into Stop & Shop stores throughout Rhode Island and the Bronx, bringing the overall number of food diverted from landfills as a result of the partnership in these regions to over 140,000 pounds — preventing 265,998 pounds of CO2e from being released into the atmosphere.

"Our partnership with Flashfood has been a successful addition to our food waste diversion programs, helping us prevent more than 140,000 pounds of food from ending up in landfills since 2021," said Gordon Reid, president of Stop & Shop. "We're proud to deepen our commitment to reducing food waste by expanding the Flashfood program to more stores in the New York City area. Our shoppers in the boroughs can benefit from significant savings on groceries while also helping the planet."

To date, Flashfood has diverted more than 50 million pounds of food from ending up in landfills throughout the U.S. and Canada and has saved shoppers over $130 million in aggregate on their grocery bills. Flashfood can be found in more than 1,450 participating stores in North America.

"We've already saved New Yorkers more than two million dollars on groceries and we're excited to make an even bigger impact throughout the city with Stop & Shop," said Josh Domingues, founder and CEO. "Expanding further into the Bronx, plus adding stores in Brooklyn and Queens, means more families will have access to affordable groceries while reducing the amount of perfectly good food that ends up in landfills."