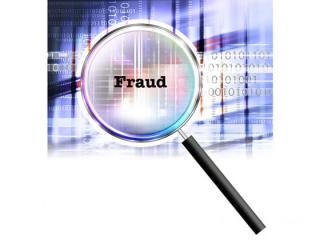 New data indicates where, and how, criminals are successfully committing online fraud.

According to analysis of June 2022 FBI Internet Crime Complaint Center (IC3)data from Forbes Advisor, California is the worst state for data breaches in America, with 325,291 victims from 2017 – 2021. These victims have collectively lost over $3.7 billion from cybercrimes.

“All told, there is no single solution when it comes to protecting your data,” said Rob Watts, business editor at Forbes Advisor. “True protection comes from a combination of the right software tools, building your knowledge on cyberthreats and establishing safe practices with your online activity. Many data breaches come as a result of human error, so it's important to educate yourself in order to spot and counter threats"

Other data sources indicate online fraud activity is on the rise. According to the April 2022 E-commerce Pulse from fraud prevention solution provider Signifyd, fraud pressure, an indicator by Signifyd of orders presumed to be fraudulent, rose 46% overall in April.

This figure was down from March 2022, but still ahead of April 2021. Signifyd recorded an especially steep year-over-year increase in attempted attacks on aged online accounts, which spiked 352% in April from the year prior. Fraudulent attempts to buy electronic products from aged accounts saw an even higher 401% increase.