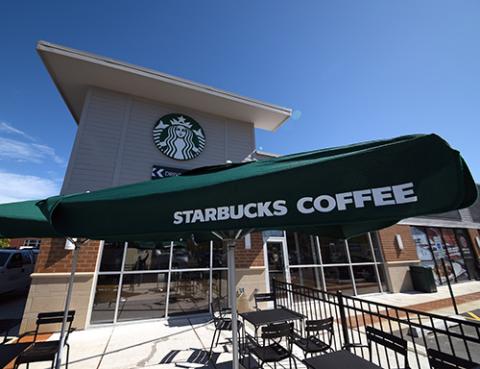 Starbucks Corp.’s second-quarter sales took a hit as the COVID-19 outbreak affected sales in its two most important markets, the U.S. and China.

The coffee giant on Tuesday said its global same-store sales fell 10% amid a 13% decline in transactions for the quarter ended March 29. Comp sales in the U.S. fell 3%, but the company warned that the worst lies ahead, citing the late in the quarter onset of the impact of COVID-19 in the U.S.—as well as a materially higher flow-through rate on lost sales in the U.S.

“We expect the negative financial impacts of COVID-19 to be significantly greater in the third quarter of fiscal year 2020 compared to the second quarter of fiscal 2020, and to extend into the fourth quarter at a more moderate level,” Starbucks stated.

The company earlier this month withdrew its fiscal 2020 forecast, citing the “dynamic nature” of the coronavirus crisis. Starbucks said the guidance will remain suspended until it has greater visibility into the impact of the crisis, in the U.S. in particular.

Looking ahead, however, Starbucks said that based on its substantial experience in China to date, it continues to believe that the impacts of the COVID-19 outbreak are temporary and that the business will fully recover over time.

Starbucks’ net sales dropped 5% to $6 billion, topping estimates of $5.89 billion. Global same-store sales fell 10% amid a 13% decline in transactions. Comparable sales in the U.S. were down 3%, driven by a 7% decrease in comparable transactions, which was partially offset by a 5% increase in average ticket. Same-store sales in China plunged 50%, but have improved after the chain started reopening stores in late February.

“Since the beginning of this global crisis, Starbucks has made decisions that prioritize the well-being of our partners and customers, support health and government officials, and responsibly serve our communities,’ said Kevin Johnson, president and CEO. “ This principled approach is showing steady business improvement in China where today, substantially all existing Starbucks stores have reopened with modified operations, new store locations are being added and customer engagement continues to grow with each passing week. We are leveraging our experience in China to inform our actions in other markets, including the U.S., where we are now entering the ‘monitor and adapt’ phase to reopen many more stores with best-in-class safety protocols.”

Starbucks opened 255 net new stores in the second quarter, ending the period with 32,050 stores globally, of which 51% and 49% were company-operated and licensed, respectively. The company had $2.57 billion in cash and cash equivalents on hand as of March 29.