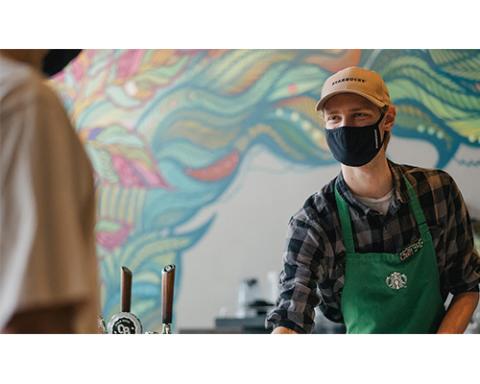 Starbucks Corp. may be going on the offensive when it comes to discouraging its store employees from unionizing.

Interim CEO Howard Schultz  told U.S. store leaders that the company is considering expanding its benefit program for workers, but that the new benefits would not immediately apply to unionized workers, reportedThe New York Times.Schultz retook the reins of Starbucks on an interim basis at the beginning of April, while the company searches for a permanent CEO.

Schultz reportedly cited federal labor law and advice from the company’s legal counsel, saying it would be illegal to extend benefits unilaterally to the stores that voted for union while they are in collective bargaining.

The Times report cited experts on labor law who said that a company is  allowed to discuss the difference in benefits that union and nonunion employees received, but it cannot make an implied promise that employees would receive better benefits if they chose not to unionize.

Much attention has been given to the union drive at Starbucks and, more recently, Amazon. Approximately 200 of Starbucks’ company-owned locations have filed the paperwork to unionize in recent months. To date, 18 Starbucks stores have voted to unionize.

Schultz, an outspoken progressive on most issues, has made no secret of  his opposition to the burgeoning union drive at Starbucks.

“We plan to move forward constructively with all Starbucks partners,” he wrote in a letter to employees last week. “However, we must not be distracted by the different vision being put forward by union organizers at some Starbucks stores.  And while not all the partners supporting unionization are colluding with outside union forces, the critical point is that I do not believe conflict, division and dissension – which has been a focus of union organizing – benefits Starbucks or our partners.”