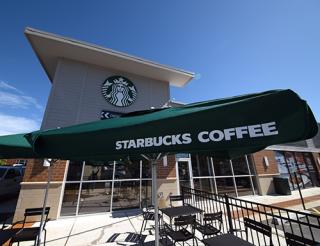 Starbucks is the latest quick-service chain to plan a Russian exit.

Starbucks is ending its brand presence in Russia as the Russia-Ukraine war continues.

The coffee giant announced in a statement to employees that it has made the decision to exit and no longer have a brand presence in Russia.  Starbucks has 130 locations in the country, with all of them licensed.

"We will continue to support the nearly 2,000 green apron partners in Russia, including pay for six months and assistance for partners to transition to new opportunities outside of Starbucks," the company stated.

Starbucks, which has been operating in Russia for 15 years, initially announced on March 8, 2022 that it would pause all business activity there, including the shipment of all Starbucks products, due to the Russian invasion of Ukraine. At that time, the company said its licensed partner Alshaya Group had agreed to immediately pause store operations and would provide support to the nearly 2,000 Russian employees.

However, with its latest move to exit Russia entirely, Starbucks is following the lead of fast-food giant McDonald’s Corp. Three days after its May 16 announcement that it would exit the Russian market and had initiated a process to sell its Russian business, McDonald's Corp. entered into a sale and purchase agreement with existing Russian licensee Alexander Govor.

Under this agreement, Govor will acquire McDonald's entire Russian restaurant portfolio, which includes 850 restaurants, and operate the locations under a new brand. Since 2015, Govor has served as a McDonald's licensee and has operated 25 restaurants in Siberia.

The sale and purchase agreement provides for employees to be retained for at least two years, on equivalent terms. Govor has also agreed to fund the salaries of corporate employees who work in 45 regions of the country until closing, as well as fund existing liabilities to suppliers, landlords and utilities.

As a result of its exit from Russia, McDonald’s expects to record a write-off of $1.2 billion to $1.4 billion and “recognize significant foreign currency translation losses previously recorded in shareholders' equity. The fast-food giant opened its first restaurant in Russia in 1990, in Moscow.

To prep for the sale, McDonald’s said it would be "de-Arching" its Russian locations, which entails no longer using the McDonald's name, logo, branding and menu. The company said it will keep its trademarks in Russia.

McDonald’s has some 62,000 employees in Russia. The company said when the plan to sell its Russian business was initially announced that its priorities include seeking to ensure those workers continue to be paid until the close of any transaction, and that employees have future employment with any potential buyer.