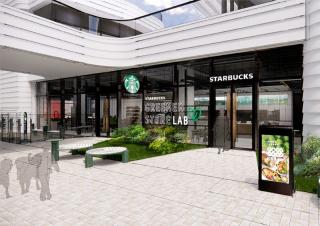 Starbucks has more than 2,300 Greener Stores in the U.S. and Canada.

Starbucks is accelerating its green push.

The coffee giant’s “Greener Stores Framework,” announced in 2018 and co-developed with World Wildlife Fund, is designed to accelerate the development of lower-impact stores that achieve reductions in energy use, water usage and landfill waste. Starbucks currently has more than 2,300 stores in the U.S. and Canada based on the framework. It will begin using the model outside of North America as it looks to meet its goal of building and retrofitting 10,000 Greener Stores globally by 2025.

Starbucks said its Greener Stores in North America have reduced energy consumption by 30% compared with the company’s prior store designs.  Additionally, through the use of advanced technologies, annual water use has been reduced by more than 30%, saving more than 1.3 billion gallons of water annually. And 90% of company operated- stores have adopted waste diversion and circular practices, including recycling, composting and other programs.

“We’ve proven designing and building greener stores is not only responsible, but also good for business,” said Andy Adams, Starbucks senior VP, store development. “In 2018, we created a new benchmark in retail that goes beyond construction and design to address long-term, eco-conscious operations. Today, we expand the Greener Stores benchmark globally to accelerate our progress toward our Planet Positive goals.”

Starbucks will open its first Greener Store outside of North America in Shanghai, China. The store has been designed and built to reduce waste, repurpose goods and serve as a platform for future innovation and to immerse customers in the company’s “Planet Positive” commitments. It will have a special focus on circularity. Approximately half the interior can be recycled, upcycled or biodegraded; paper receipts and menus have been eliminated in favor of digital options.

In addition, reusable cups are standard issue instead of single-use cups and more than half the menu is plant-based. A “Circular Lifestyle Lab” will hosts sustainability-themed exhibitions. Similar locations are planned for Southern California and  Seattle.

In December, Starbucks will open the ASU-Starbucks Center for the Future of People and the Planet on Arizona State University’s campus in Tempe, Ariz. The center will research new methods of designing and building stores and “inspire others to design, build and operate portfolios of buildings that minimize environmental impacts throughout their life cycle,” the company said.  This includes developing a roadmap for Greener Store education efforts, including a tool kit and learning library.