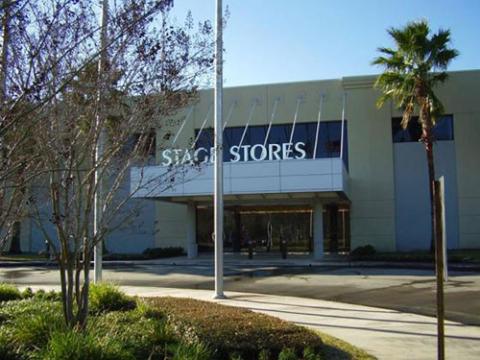 Stage Stores’ efforts to transform itself into an off-price chain has fallen short.

The Houston-based retailer has filed for Chapter 11 bankruptcy protection as it simultaneously seeks buyers and also starts to wind down operations. Stage Stores said it will terminate the wind-down if it receives a viable going-concern bid.

The company plans to start reopening its stores to start liquidating its inventory. The first wave of approximately 557 stores will open on May 15, with the second wave of approximately 67 stores expected to open on May 28. The entire chain of some 738 stores is expected to be reopened by June 4. Most of its locations are in small towns and rural markets.

The filing was not a surprise as Stage Stores was struggling even before the COVID-19 pandemic struck. In September, the retailer, whose banners include Gordmans, Bealls, Goody's, Palais Royal, Stage and Peebles, announced plans to convert its entire store fleet to its off-price Gordmans banner, with a goal of having approximately 700 off-price stores by mid-2020.  But the effort hit some snags and the company’s holiday results were disappointing. And then the pandemic hit.

“This is a very difficult announcement and it was a decision that we reached only after exhausting every possible alternative. Michael Glazer, president and CEO. “Over the last several months, we had been taking significant steps to attempt to strengthen our financial position and find an independent path forward. However, the increasingly challenging market environment was exacerbated by the COVID-19 pandemic, which required us to temporarily close all of our stores and furlough the vast majority of our associates. Given these conditions, we have been unable to obtain necessary financing and have no choice but to take these actions.”

Stage Stores said it intends to seek approval for a consensual use of cash collateral to ensure it has the liquidity necessary to support its operations in Chapter 11. It has also filed a number of customary motions seeking court authorization to support its operations during the court-supervised process, including the continued payment of employee wages, salaries, and health benefits without interruption for those employees that are working during this time.

Stage Stores in late March temporarily closed all of its 738 stores and furloughed “virtually all” of its employees.

Kirkland & Ellis is acting as the company’s legal adviser while PJ Solomon is its investment banker. Other professionals include Berkeley Research Group as restructuring adviser, A&G Realty as real estate adviser and Gordon Brothers Retail Partners, which will manage inventory clearance sales.