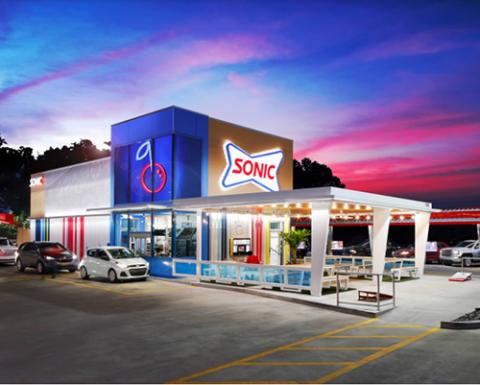 The quick-service retailer, known for its roller skating waitresses, has been sharing news and promotions with customers through mobile SMS and MMS text campaigns for years. In early 2020, Sonic teamed up with unified mobile messaging solution provider Mobivity, to run its first rich communication services (RCS) business messaging campaign.

RCS is an Internet-based messaging solution that operates within a mobile texting app. The campaign also utilized the Google Jibe RCS platform.

Sonic’s primary goal for the campaign was to drive order ahead pickup orders through its mobile app. The retailer sent the campaign to people in its text message subscription database who had RCS-capable devices. At the same time, Sonic sent a similar multimedia messaging service (MMS) campaign featuring a single product to customers whose phones were not RCS-capable.

The RCS Business Messaging campaign promoted new products via a four-card carousel that customers could swipe to see images. When customers clicked on an item, they were directed to that product’s page in the Sonic app, where they could add it to their cart, purchase it, and then pick it up at a local Sonic store. Customers who didn’t already have the Sonic app were prompted to download it and register for an account.

“Our initial results with RCS messaging were incredibly impressive, especially considering we were using a new technology and no offers or incentives,” said Kim Lewis, VP of digital strategies, Sonic Drive-In. “We’re looking forward to now expanding this digital approach with Mobivity to further drive customer engagement, frequency and spend across all locations.”