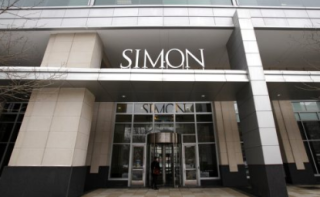 Impacted by the mandated closing of seven properties in California in July, Simon Property Group saw its net operating income drop to $254 million in the second quarter—42% less than the $437 million it took in during Q2 2019.

"We continue to navigate through the challenging times presented by the pandemic with a commitment to the safety of our employees, shoppers, retailers and the communities we serve," stated CEO David Simon in a press release.

As of July 10, all of Simon’s properties were open and operating. But less than a week later, as the number of COVID-19 cases rose by more than 20% in California, Gov. Gavin Newsom shut down indoor activity in malls in 30 counties.

The nation’s largest mall owner reported that, by last week, 91% of the tenants in its United States retail properties were open and operating and that base minimum rents of $56.02 per sq. ft. were nearly 3% higher year-over-year. More than half of its closed tenants remain so due to governmental orders, the company stated.

Simon is pursuing some new ideas to fill large, empty spaces. Just this week, reports surfaced that Simon had approached Amazon with a plan to fill some of its empty J.C. Penney and Macy’s anchors with Amazon distribution centers.

Simon reported that, in July, it repaid $2.5 billion outstanding under its credit facilities and that it had approximately $8.5 billion of liquidity consisting of $3.6 billion of cash on hand.

Construction continues on some of Simon’s redevelopment and new development projects at home and abroad that are nearing completion.