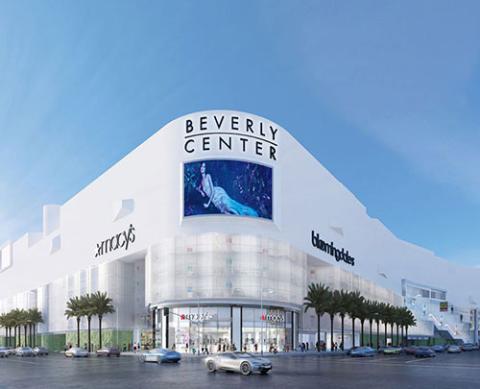 Simon’s 2003 attempt to take over Taubman Centers, a failed bid that set the big mall owners at odds ever since, has culminated in a merger forced by conditions of the times.

“Last year we predicted that we were going to be seeing consolidation among REITs in the mall space. They’ve lost a lot of leverage with retailers. Retailers gained the upper hand, closing stores and driving rents down. So mall owners are forced to consolidate to add more growth,” said Greg Maloney, president and CEO of JLL Retail.

Simon and Brookfield Property Group have been proactive in trying to prevent one important tenant from abandoning its malls. The two companies partnered with Authentic Brands to make a bid for bankrupt retailer Forever 21. Now Simon looks toward increased scale from the merger to immediately boost its funds from operations, adding at least 3% on an annualized basis.

“Simon adds market-dominant centers in key growth markets where Simon is either not dominant or will benefit from better controlling that market. And the greater market power of the combined organization could reinvigorate Taubman assets whose performance had been languishing recently,” Steiner said.

Michigan-based Taubman thwarted the 2003 hostile takeover bid from Simon by getting the state legislature to enact a bill that that allowed the Taubman family to use its shares to block any takeover bid. The day after Michigan’s governor signed the bill into law, Simon withdrew its offer, and the Taubmans and Simons have been bitter rivals ever since.

“There’s been some bad blood between the families since the takeover attempt, but they’ve had to put that aside to do what’s best for their shareholders,” Maloney said.

The two companies' hands were also forced by common imperative, said Steiner: maintaining relevancy of the mall format in what will continue to be a heavily disrupted industry.

“In a period of significant disruption, moves like this are not a luxury, they are a necessity,” Steiner said. The groundwork for this long-term strategy is clear as Simon is doubling down in more ways than one and will soon become synonymous with what the mall represents to consumers in this country.”