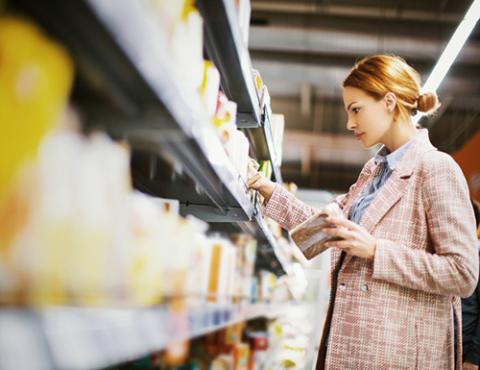 Most consumers are stocking up in-store, despite health concerns and empty aisles.

That’s according to a Shopkick survey, which also found that 76% of consumers are adjusting their shopping habits due to concerns about the pandemic and, that to 85% of Americans, brand names do not matter during times like these.

Consumers are taking extra precautions when shopping in-store. To mitigate their concerns, 85% said they were taking one or more additional health precautions, such as disinfecting their hands and shopping carts (92%), shopping at slower times (66%), using debit/credit cards to avoid handling cash (63%) and using self-checkout (59%).

“With most Americans still shopping in-store, retailers need to dedicate resources toward keeping physical locations clean, essential items stocked and providing options for health precautions,” said David Fisch, general manager of Shopkick. “Right now, it is critical for retailers to have a finger on the pulse of what is most essential to consumers, especially as the situation continues to evolve.”

In other Shopkick findings:

• Consumers’ stocking-up habits differed in states with the most drastic restrictions, such as business closures, curfews and shelter-in-place policies. The results showed that residents of New York (58%), New Jersey (58%), Louisiana (55%), Connecticut (54%) and California (49%) were stocking up more than the average American. However, Washington residents reported lower than average rates, at 40%.

• Nearly half (47%) of consumers reported stocking up on essential items, with 78% saying it made them feel ‘safer’. These essentials include food items and water (93%), toiletries (74%), cleaning supplies (58%), medicine and medical items (45%) and pet supplies (41%). To 85 percent of Americans, brand names do not matter during times like these.

• Across the country, aisles are empty. Nearly 100% of consumers noticed household essentials selling out at their usual retailer or grocery store. The essentials include toilet paper (97%), hand sanitizer (93%), disinfecting wipes (91%), bottled water (69%), medical items (64%) and canned goods (54%). In addition, 78% reported seeing store purchasing restrictions, such as limits on the number of specific items shoppers could buy.

• Consumers are still finding time for fun. Despite the current situation, 43% of consumers said their spending habits on fun, non-essential purchases had not changed. Five percent even reported spending more money on these types of purchases.