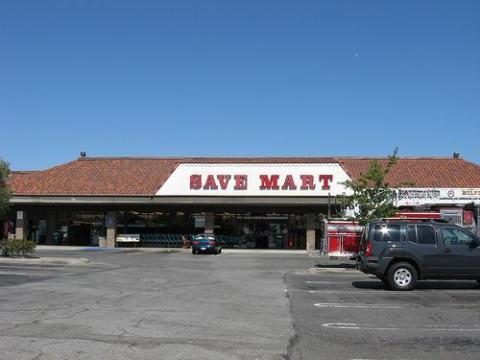 Save Mart and Amazon are in a new delivery partnership.

Save Mart is expanding the reach of its online delivery program in a new partnership with Amazon.

The subsidiary of The Save Mart Companies, which operates 81 stores across California and Northern Nevada, is offering two-hour grocery delivery from stores in Lathrop and Ceres, Calif., with more cities in California’s Central Valley to be added soon. This collaboration offers access to Save Mart’s product assortment at the discount grocer’s price points.

Customers can order their Save Mart grocery delivery through the Amazon app or a dedicated page of the Amazon e-commerce site, starting at $4.99 per order for Amazon Prime members.

Amazon extends reach of Prime shopping
Beyond this new partnership with Save Mart, Amazon has been attempting to enable members of its Prime paid membership program to shop from a wider variety of retailers. In April 2022, Amazon launched a new program called “Buy with Prime” that enables U.S.-based Prime members to directly shop online stores on its third-party marketplace.

Prime members obtain the same benefits they get when directly shopping the Amazon site, such as fast, free delivery; seamless checkout; and free returns on eligible orders. The Prime logo and delivery guarantee are displayed on eligible products in participating retailers’ online stores.

Amazon is expanding the availability of Prime shopping for customers and third-party retailers as it has also been raising the price of its Prime membership, citing the “continued expansion of Prime member benefits as well as the rise in wages and transportation costs,” in February 2022.

The monthly fee for membership in the United States is increasing from $12.99 to $14.99, with the annual membership going from $119 to $139. This is the first time that Amazon has raised the price of Prime since 2018.

“The Amazon partnership represents The Save Mart Companies’ ongoing digital transformation to serve our shoppers and fulfill their needs with innovative and affordable solutions,” said Tamara Pattison, senior VP, chief digital officer, The Save Mart Companies. “We are proud of Save Mart’s reputation of exceptional quality fresh and local produce and meat and seafood all at low prices the shopper needs more than ever.”

Save Mart is part of The Save Mart Companies, a Kingswood Capital Management, LP portfolio company. The company operates approximately 200 traditional and price impact stores under the banners of Save Mart, Lucky, and FoodMaxx. In addition to its retail operation, the company also operates Smart Refrigerated Transport and is a partner in Super Store Industries (SSI), which owns and operates a distribution center in Lathrop, and the Sunnyside Farms dairy processing plant in Turlock, Calif.