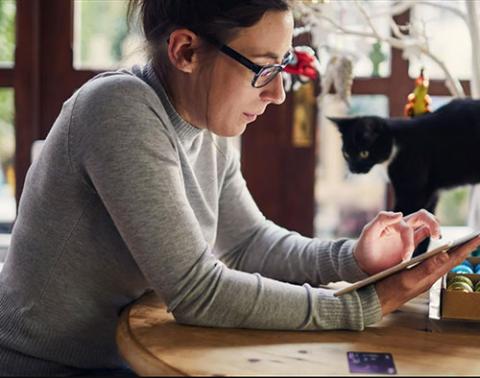 In 2021, online holiday sales across November and December rose 5% year-over-year worldwide to $1.14 trillion and 9% in the U.S. to $257 billion, according to Salesforce. Global early-bird shopping delivered a 16% year-over-year increase in online sales during the first week of November.

Despite customers getting an early start on holiday shopping, U.S. retailers obtained 23% of their holiday sales during the final two weeks of the year, up 11% from the previous year, even though the shipping cutoff date had passed.

In fact, shopping grew by 18% worldwide during the two weeks leading up to Christmas and by 16% during Boxing Week (Dec. 26-31) – the biggest digital growth tracked by Salesforce across the entire season. Marketers ramped up personalized messaging to shoppers by 39% in the U.S. and 43% worldwide during those final two weeks.

Salesforce data shows that retailers experienced a relatively soft Cyber Week (Tuesday before Thanksgiving Day through Cyber Monday), with online sales growing 2% globally. Although Cyber Week represented 23% of global online sales across November and December, it continued to lose its share of online spend for the second year in a row.

[Read more: Cyber Week will never be the same]

Supply chain issues
Salesforce observed limited inventory and increased prices across the industry. This had the following impact throughout the holiday season:

[Read more: Study:98% of retailers having supply chain issues; will last beyond 2022]

“Digital has redefined how consumers shop in both the physical and online worlds,” Caila Schwartz, senior manager, consumer strategy & insights, Salesforce, said in a corporate blog post. “They aren’t confined by the boundaries of Cyber Week and they’re deciding when and how they browse and buy. Peak season is beginning earlier and lasting longer than ever. And while online growth will continue to normalize from the massive peaks of 2020 and early 2021, brands and retailers need to be ready to meet their shoppers whenever and wherever. They need to embrace a new retail model – one where the physical and digital realities coexist, stores never close, and shoppers are always on the hunt for the next big thing.

Powered by Commerce Cloud, the Holiday Insights Hub analyzes the activity and online shopping statistics of more than 1 billion shoppers across more than 51 countries, with a focus on 12 key markets: the U.S., Canada, U.K., Germany, France, Italy, Spain, Japan, the Netherlands, Australia/New Zealand, the Asia-Pacific (excluding Japan, Australia, and New Zealand), and the Nordics.